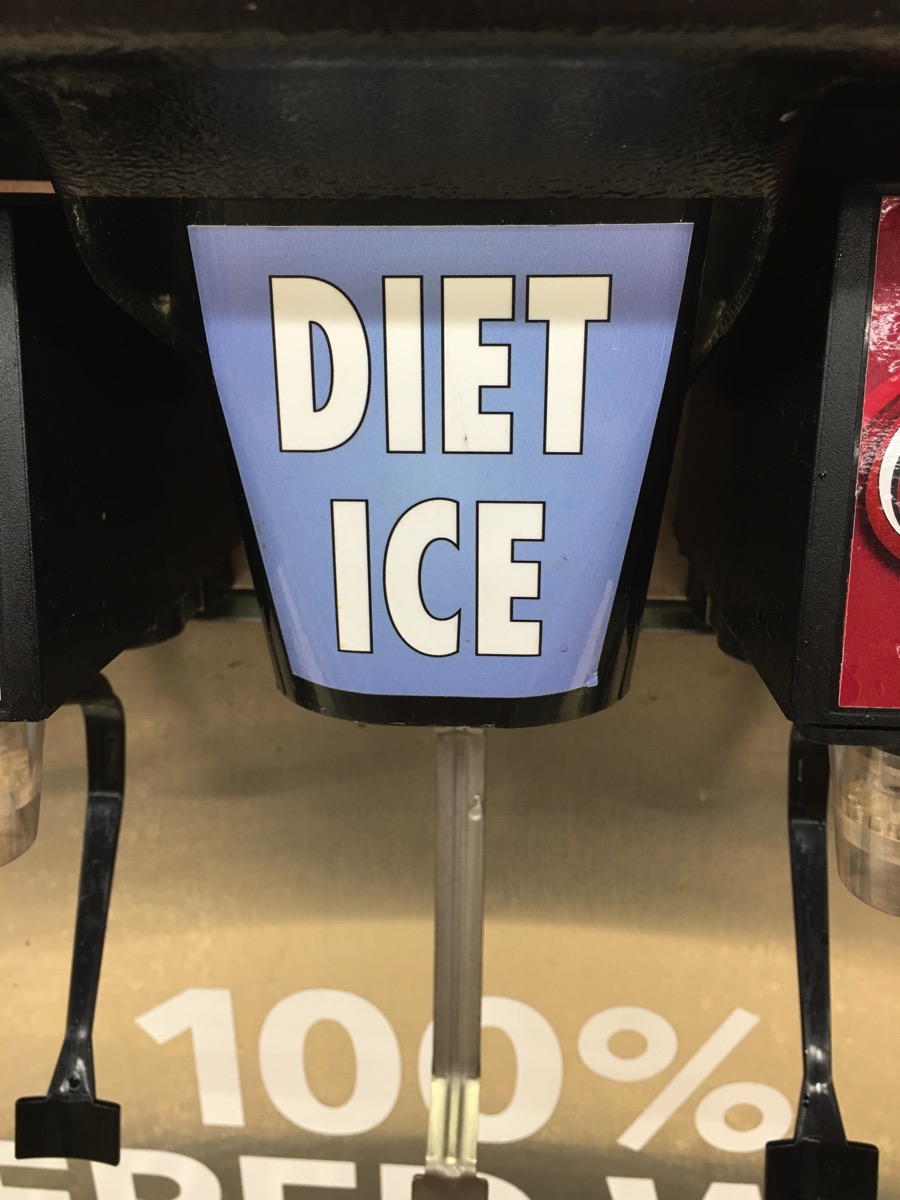 Earl and I were in the mood for something sweet before bedtime. We don’t really have the option of going to a late-night diner in this neck of the woods, as the only diner open at this time of night is Denny’s, and our local Denny’s has security to help control unruly crowds, drug rings and folks that try to leave the building without paying their bill.

This is not our idea of enjoying some time together over a slice of apple pie.

The local convenience store chain, Fastrac, has introduced their weak attempt at being like Wawa or Sheetz. They call their little eateries “Fastrac Café”. They brightly lit and have a kitchen where you can order things on a screen, just like Wawa or Sheetz in Pennsylvania, but that’s not open for the late night crowd. They also have a selection of bakery goods. Earl and I selected a sweet treat, filled up a cup of pop with diet(?) ice and sat down in the little café area to eat our treats.

Many establishments in this area have installed a television in circumstances such as these. The trend started shortly after the attacks of 9/11. Prior to that the only place that really had piped in news was the airport, and even then they showed the “CNN Airport” network. Televisions are found everywhere these days and in this neck of the woods they’re usually tuned to Fox News.

There is no escaping the news in modern America and there’s especially no escaping the likes of Donald Trump. As we sat in the Fastrac Café we were assaulted with debates about how latest belches of tweets on Twitter. People yelling and screaming and laughing. Of course Fox News trotted out a news clip of Joe from Morning Joe saying something derogatory about Melania back in 2007 and said “see, that’s why we have fake news today”.

Fake news. I really, really, really hate that term. It’s such a reductive thing to say. People hear something they don’t like on the news and they belch out “FAKE NEWS!” as loud as they can. It’s the Trump version of putting your fingers in your ears and going LA-LA-LA-LA-LA-LA-LA-LA.

I’m always bewildered as to why Fastrac advertises that they have “diet ice”. I once asked why they label their ice, which is frozen water in cube form, as “diet ice” and they told me it was so customers would know that the ice was calorie free.