With Earl and I getting ready to relocate to the Midwest later this summer we’ve been doing some odds and ends around the house getting it ready to be a market showplace. Every room (except the bathrooms) has a ceiling fan/light fixture on the ceiling. We both agreed that it would probably be best if we didn’t have to show prospective owners of our house how to beat on the kitchen ceiling fan with a broom to cool it down a little. 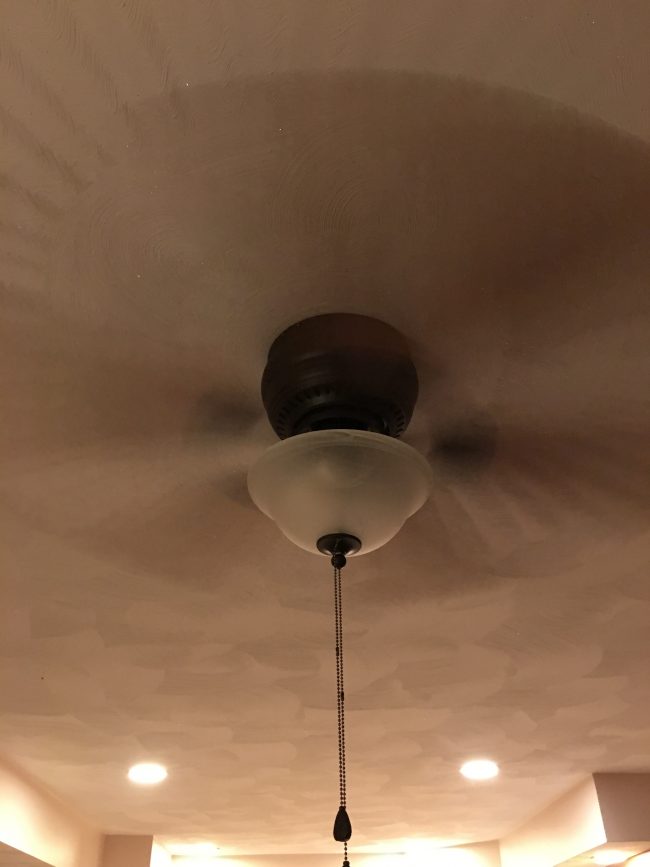 The instructions on this Harbor Breeze ceiling fan were pretty straightforward and estimated that installation would take 120 minutes. We were able to get it installed in less than 90 minutes. When we fired everything up and confirmed that neither the wall nor ceiling were on fire, we discovered that the original electrician used non-standard color assignments for the wiring so the light switch was operating the fan and the fan switch was operating the light. I opted to just flip the wires at the combo switch and voila, light flicks light and fan spins fan.

We were so elated with our progress that we went crazy and reinstalled the toilet in the downstairs bathroom that had been removed for the floor tile replacement project of last week. Earl and I have seated and reseated toilets in this house so many times that we have it down to a science. The toilet was installed, flushed twice, peed in once and flushed again without a leak (except my power pee) in less than 10 minutes.

A great night of accomplishment.