During my Jeep adventures this weekend I had this song cranked up as I was bumping around on a nearly non-existent road.

Here’s Agnetha Fältskog with “I Won’t Let You Go”.  You probably recognize Agnetha from ABBA.

This picture of me was taken just shy of the turn of the century. Earl snapped this photo; we were sitting on the shores of Lake Erie in Cleveland, Ohio. 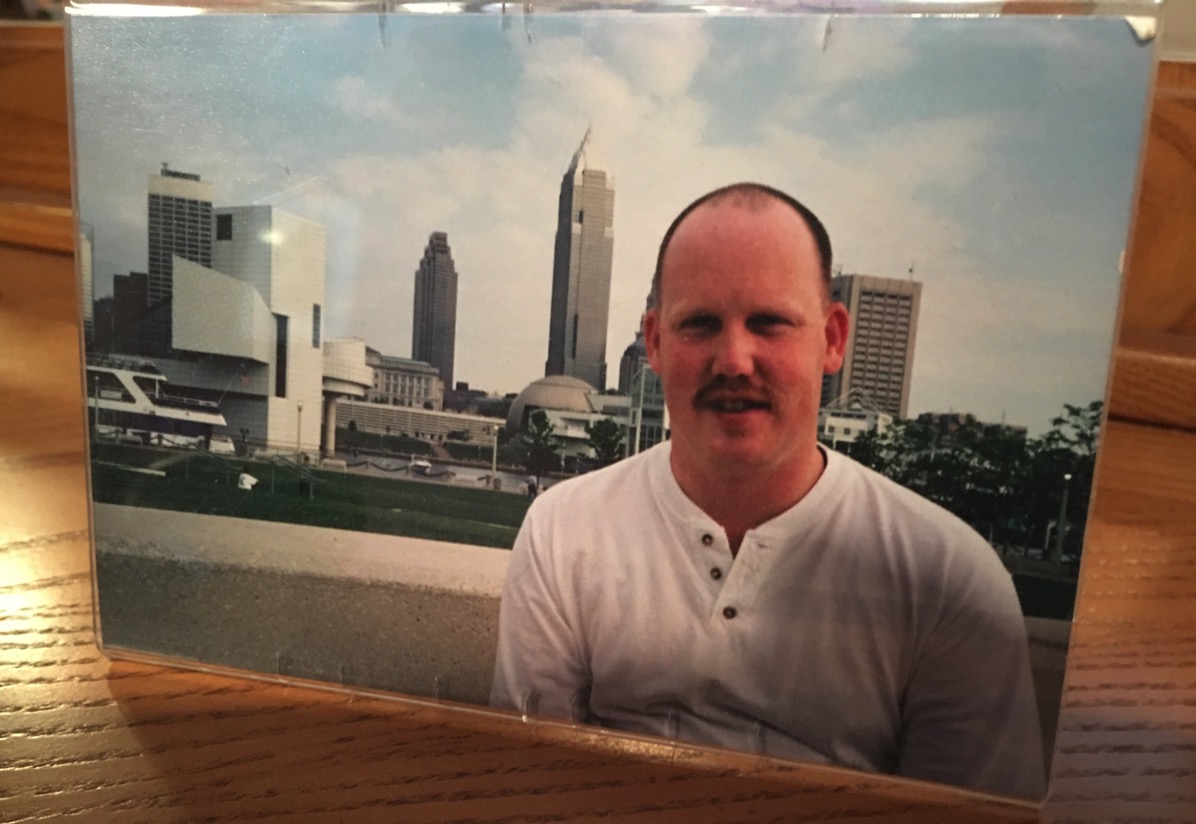 This photo sits on our dresser in the area that acts as Earl’s nightstand. I glance at it from time to time when I’m getting ready for the day. This morning I was selecting today’s pair of underwear and thought back to life at the time this photo was taken.

If you think about it, it’s rather startling as to how much as changed in our lives with the great leaps of technology. This photo was taken back in the days when we relied on our film cameras. We’d fill up a roll of film with memories and take the film to be developed. There was much excitement when we picked up our pictures and looked at the results. Memories were relived. The ability to snap a photo, see the results and share the snapshot with the world, all within the span of five seconds, has kind of made the exercise a little less special to me. When I was out on my Jeep ride yesterday, some of the photos of the solar farm were taken with my trusty Canon digital camera. I didn’t see the results until I transferred the photos from the camera to my MacBook. This added a minute bit of anticipation as to how the photos really turned out. It was a moment of excitement.

I look at myself in this photo and try to remember where my head was at this time. I was very excited about technology. I wasn’t too plugged into politics; Bill Clinton was president at the time and I knew that there was a lot of shenanigans going on with the whole Lewinsky thing and that the Republicans were getting much crankier than I remembered them being when growing up. I watched CNN once in a great while. I read the news on various sites through our dial-up connections. It would be a couple of years before I wrote my first blog entry.

My biggest takeaway from my musings was that I was much less encumbered by the weight of the world. I still felt the need to right injustice in the world but the world didn’t weigh so heavy on my mind all the time. I’m trying to decide if this is a result of tuning into the constant stream of noise on social media/24 hour news/etc or if I’m just growing old and I’m just following the natural path of an American male in his quest to keep those damn kids off his lawn.

I’m making an attempt to not add noise to the chaos online as my 30 day personal growth challenge for the month of June. If I have something to say, I want it to be a positive contribution to the world. I don’t want fame, I don’t want ad revenue, I don’t want notoriety and I certainly don’t want to base my self-worth or value on the number of likes or comments or responses I get to a contribution.

As I come up on the last year of my 40s, while it’s natural that I’m going be older, I want to consciously be wiser without all the baggage of today’s chaos attached to it. I think that could be the best positive change I can make in my life today.

And honestly, I wouldn’t mind bringing Henleys back into my wardrobe again.