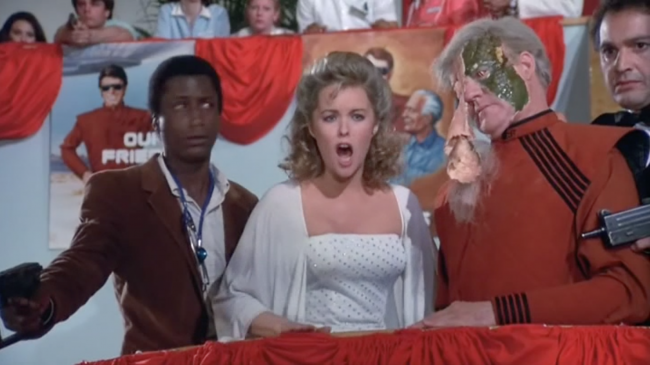 Without debate, without criticism, no Administration and no country can succeed — and no republic can survive. … And that is why our press was protected by the First Amendment — the only business in America specifically protected by the Constitution — not primarily to amuse and entertain, not to emphasize the trivial and the sentimental, not to simply “give the public what it wants” — but to inform, to arouse, to reflect, to state our dangers and our opportunities, to indicate our crises and our choices, to lead, mold, educate and sometimes even anger public opinion. This means greater coverage and analysis of international news — for it is no longer far away and foreign but close at hand and local. It means greater attention to improved understanding of the news as well as improved transmission. And it means, finally, that government at all levels, must meet its obligation to provide you with the fullest possible information outside the narrowest limits of national security. … And so it is to the printing press — to the recorder of man’s deeds, the keeper of his conscience, the courier of his news — that we look for strength and assistance, confident that with your help man will be what he was born to be: free and independent. — John F Kennedy, April 27, 1961

The words “truth” and “lies” have been coming up a lot since the inauguration of Donald Trump to the presidency. Mr. Trump has been president for four days and there has been nothing but the release of “Alternate Facts”, declarations and bold statements that contradict what we see and hear with our own eyes. Trump validates his success via ratings and numbers and polls, and when they don’t swing his way he declares that these numbers are false and that the media is nothing but a bunch of Fake News.

The controversy as to the attendance, in person and via television and media streaming, of his inauguration has gone on for way too long. The issue is that Press Secretary Sean Spicer made statements on Saturday that contradicted what actually happened and what was recorded by journalists, citizens and other observers at the event and around the world. The first appearance of Mr. Spicer as Press Secretary set a dangerous precedent of stating facts and painting the media as to be loaded with falsehoods, bad intentions and liars. Again, I reference George Orwell’s “1984”. We are coming dangerously close to the storyline in the famous novel.

In addition to “1984”, I can’t help but think of the original mini-series “V” and its follow-up “V: The Final Battle”. After an appearance of the antagonists, “The Visitors”, was thwarted by The Resistance and the Visitors were revealed to be who they really are, the broadcast was shut down and the journalist covering the story was shot dead. Later, a new press conference was held, completely staged, with the same audience threatened and instructed as when to applaud. 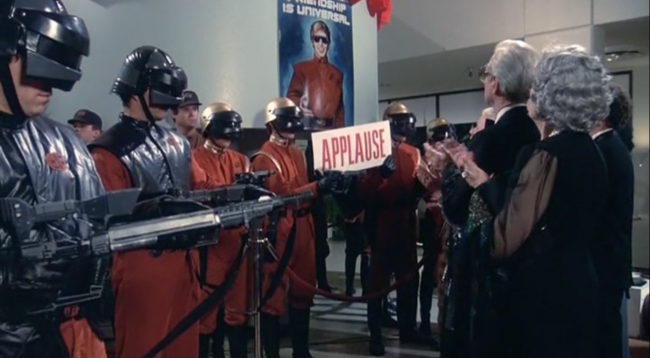 I can’t help but reflect on the fact that Mr. Trump had paid staffers in the crowd at the Press Conference before his inauguration clapping and cheering at his remarks. When the president spoke at the CIA Memorial Wall on Saturday, he used the opportunity to falsely talk about the turnout at his inauguration, slam the media a bit, attempt to reverse the fact that he and the CIA have been at odds over the possible connection between Trump’s business dealings and Russia (and perhaps Russian’s influence on our last election) and all the while there were staffers applauding his remarks. At a memorial wall that honors those that died in the line of service.

It is reported that Trump brought his own staff for the purpose of cheering his remarks during this event. 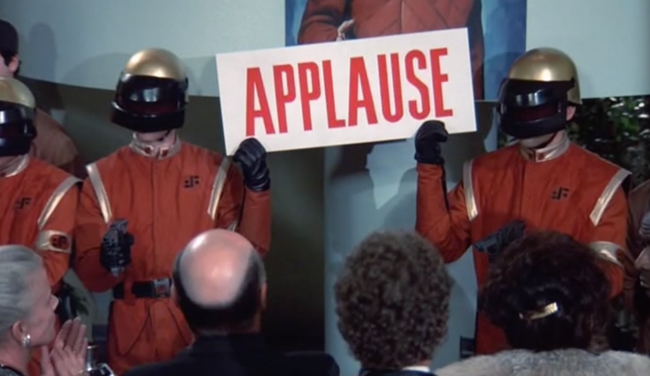 Today, Press Secretary Sean Spicer mentioned during the press briefing that the President believes that 3 to 5 million illegal immigrants cast a vote in the last election, alluding to the cause as to why Hillary Clinton actually won the popular vote. The man just can’t let this go.

According to Trump, there has been some vast conspiracy across the country that caused this rift in the electoral process, despite the fact that:

Trump is banking on the fact that if it’s discussed enough and if it’s said enough, this blatant lie will somehow become a truth in the dialogue of the American public.

I am trying my best to maintain the respect of the office of the President of the United States. I really am. But I have absolutely no respect for the man that currently holds that title and most of that is because the man is a lunatic and all evidence suggests that he is some sort of pathological liar. The man lies constantly. He keeps telling these lies so he will believe them and he hopes everyone around him does the same thing.

I don’t think the American public is that stupid. I think we’re pretty stupid, but we’re not that stupid.

If Trump was being honest all the while I could wrap my head around the fight against some of his idiotic policies. Don’t get me started about him silencing the EPA or the National Parks Commission. But when you take honesty out of the equation, it is impossible to know what to fight, what to ignore and what to focus on. A man is only as good as his word.

And right now, Trump is proving that he is completely unworthy as a man.

I’ve always thought that Trump supporters, as much as their beliefs differ from mine, believed that they were doing what they believed was right as a patriot. A patriot has honor, dignity and respect. Trump has none of these. He’s a bully. He’s deluded. And he’s a liar.

We deserve better than this.