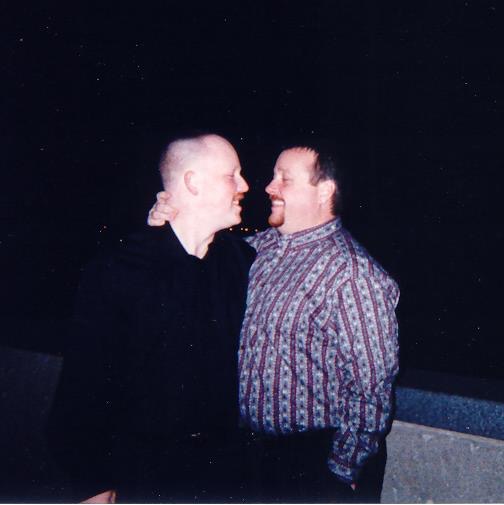 Yesterday Earl and I celebrated our 20th wedding anniversary. This is the anniversary of our original commitment ceremony, held on 12/26/96, at Penn’s Landing in Philadelphia. We exchanged our wedding rings and shared our commitment vows with one another with Earl’s youngest brother Rick and his girlfriend, later wife, Helen at our side. One of the cool things about being in a same sex marriage these days is that many of old school couples have multiple anniversaries to celebrate: original commitment and then the legal wedding. We throw in a couple of other anniversaries (first date, when I proposed, etc.) just to keep the merriment alive all year long, but December 26 is the biggie for us.

Isn’t that the idea of a solid marriage, keeping the merriment alive all year long? As a gay couple we are already outside of convention. With a chosen family, the three of us are outside of convention. But honestly, the only norm that I’m looking to adhere to is the norms Earl and I have defined for our marriage. We have a custom-made marriage and that’s why we’re able to celebrate our 20 year anniversary together.

I look forward to continuing the celebration for another 20 years. He’s my best friend and we were meant to find each other.

It’s a great gig when you find it.