As I was out for my morning walk, I couldn’t help but notice the scurrying of children getting to their bus stop in complete darkness. It’s amazing to me that the American populace is content with ripping their pre-school and elementary school children out of bed when it’s pitch black outside so they can be thrust under artificial light, filled up with breakfast and shipped off to school before the sun rises. 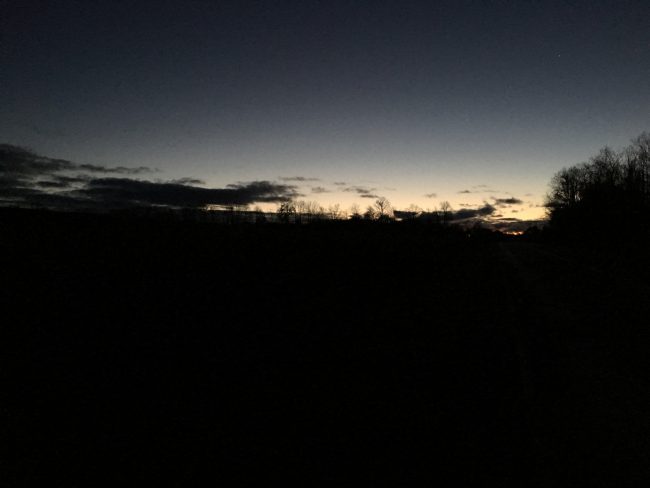 But that’s what we do today. As folks dance around because they get “extra sunlight” with Daylight Saving Time going on for way too long, they also stagger into the office, get into car accidents and drink extra amounts of coffee trying to stay awake in the morning.

I really think the United States would be a happier place if we tried to live in harmony with the planet instead of raging against it.

This is the last week of Daylight Saving Time for 2016. Back in 2005, George W. Bush signed the Energy Policy Act which instituted our current Daylight Saving Time requirements beginning in 2007. The timeframe was extended by several weeks, with DST starting the second Sunday of March and ending the first Sunday of November, all under the guise of energy savings. Studies since this law was implemented show that we now burn more energy than we used to, but you’re not suppose to notice that.

I am happy that Daylight Saving Time is coming to an end for the year this coming Sunday. I have been counting down the weeks to a time when I would no longer feel like I’m in a perpetual state of jet lag. I won’t try to force my body to go to bed earlier than I want to nor will I go for my morning exercise in complete darkness, though I will admit that the star filled sky at 6:30 a.m. this morning was quite beautiful.

All of the other countries in the world, save for Canada, because Canada is a copycat, have ended their versions of Daylight Saving Time for the year, but not the United States. Like the metric system, the rest of the world is wrong thinking that a normal day should be between sunrise and sunset and that noon should be around when the sun is at its highest point in the sky. We, the American People, are here to control the world and we’ll say when it’s dark and when it’s light and don’t you worry about what your body is telling you.

My dislike for this foolish practice runs deep.