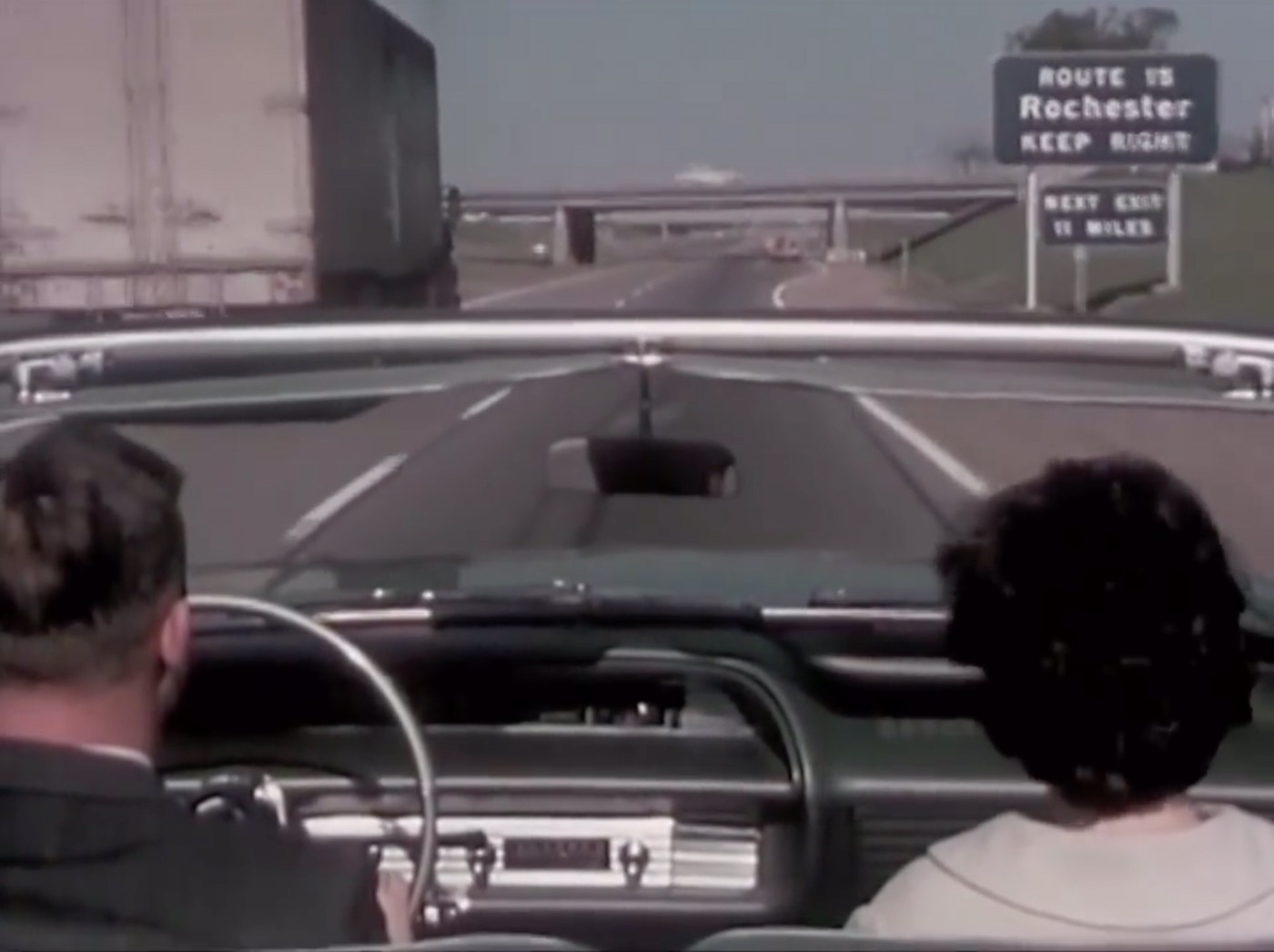 This is not us. This is a screen cap of the New York State Thruway near Rochester in the late 1950s.

Earl and I are out on a ride in the Jeep today. We both have been going a hundred miles an hour for work for the past couple of weeks, so I decided we need to spend some time alone, disconnected from reality a little bit and just relaxing. Instead of sitting in front of the television and watching whatever that is spewing out these days, we are in the midst of a Jeep ride in the Finger Lakes Region. At this moment we are parked at a Starbucks having a quick iced tea before continuing our journey.

They did not have Starbucks back in the late 1950s.

Our ride is comprised of all two-lane roads. We are avoiding toll roads, expressways, freeways and thruways on this jaunt. We had a simple lunch at one of our popular haunts, a family restaurant called Mimi’s. I had a BLT and Earl had corned beef on rye. Quick, cheap and delicious, just the way we like it.

Riding around and seeing that some leaves are just starting to change into their autumn glory is a reminder that summer is coming to an end. I’m not particularly bothered by this right now as Autumn is my favorite season of the year. I’m determined to remain upbeat and positive as we approach the winter months. This would be a nice change of pace for my 40s.

I’m probably going to write a separate blog entry about the video that provided the screen grab I included above. One of my daydreams during this ride is whether the late 1950s was a simpler time in general for the average person or if we only portrayed it to be that way.