I’m a pretty lucky guy. I’ve made it into my late 40s relatively unscathed. I met the love of my life at a fairly young age and we have a good, albeit non-traditional, little family with Jamie. My career is going well and I enjoy my job. I get to work from home. We have a nice home.

When I rediscovered my passion for aviation a few years ago, and subsequently began the path of a pilot, I immediately knew that flying an airplane was meant to be my second love. If I was 10 or 15 years younger, I’d definitely be pursuing a new career as a pilot, or at the very least, an air traffic controller. This is not to diminish what I do as a Software Engineer. I like my job a lot. I don’t dread going to work in any way. This is the best tech gig I’ve ever had.

But it’s not flying.

One of the distractions about working from home (and I’ve mentioned this before) is that we live directly under the approach for the local airport, Griffiss International Airport (KRME). While Griffiss is not a commercial airport in that we don’t have passenger airlines coming in and out all day long, it does get quite a bit of air traffic for the repair facilities on the field. The runway at Griffiss is one of the longest in the Northeastern U.S. (it’s over two miles long) and because of this, military aircraft from the bases (Fort Drum, Stewart AFB, McGuire AFB) visit on a nearly daily basis to do their practice work up here. Long story short, we have a lot of airplanes that fly over the house every day. 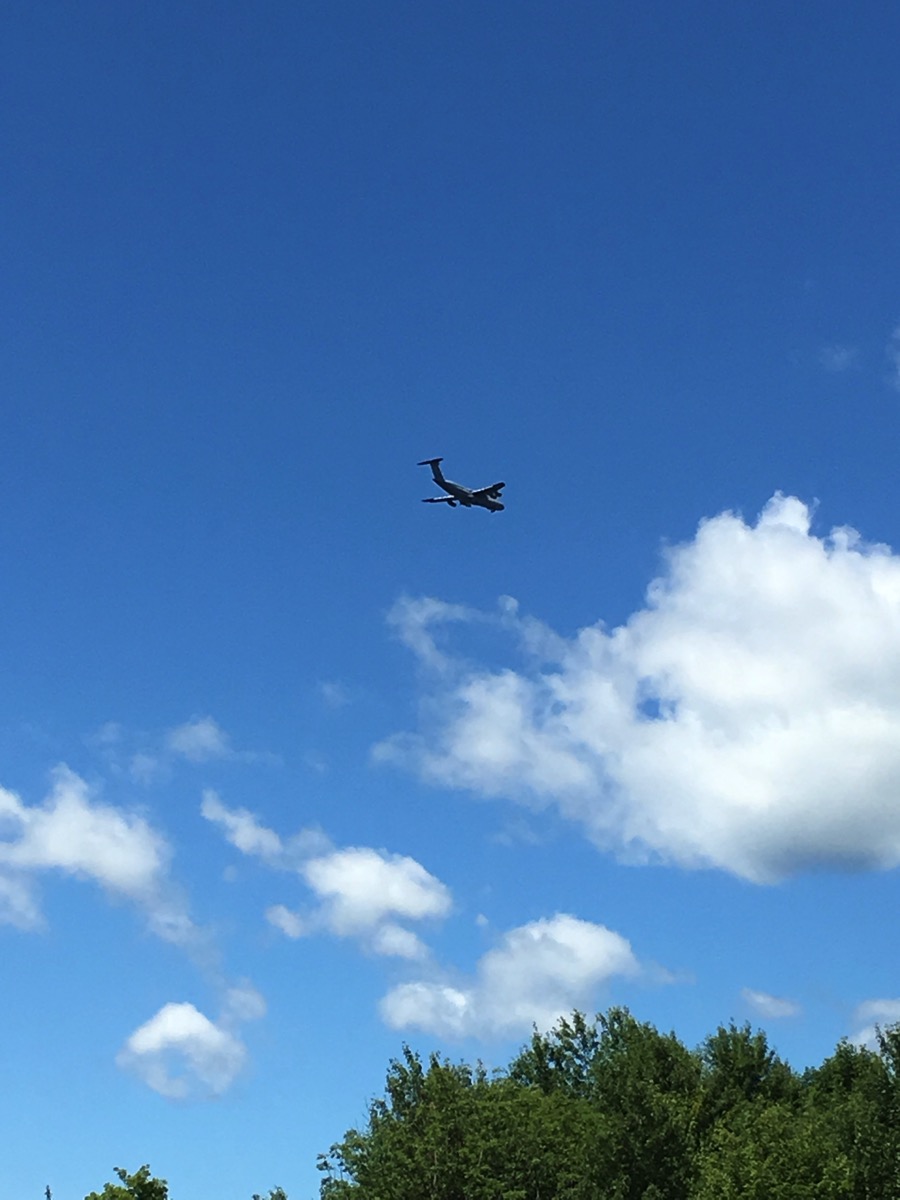 As a quick aside, whenever I fly over the house in one of the club airplanes as I make my way to runway 33, I send Earl a text message that says “Beep Beep!”.  If it’s at night I’ll flash the landing light at him.  He responds with “Toot Toot!”.

I really like going outside to just watch the airplanes and helicopters fly over the house and I really wish I was up there flying those airplanes.

My passion really is aviation. Twenty, thirty, thirty-five years ago I would have called it a “strong interest”. Back in my pre-pilot days, Earl and I spent many afternoons sitting at the end of a runway or in an airport observation area watching airplanes do their thing. In the back of my mind I knew that I would get to fly (non-commercially) at least three, four times a year with my dad as he was a private pilot. It wasn’t until after my dad died, when I was standing in the receiving line at his calling hours, that I realized that I could not leave my feet on the ground for the rest of my life. It was then that my strong interest sparked into a full blown passion, and Earl can attest to the fact that aviation, and more specifically, flying an airplane, has taken over my life.

I am so lucky that I married the man that I did. He refuses to be a ground-based pilot’s spouse and wants to fly with me as much as he can. The man has to be a saint.

With plans to earn more ratings and further my aviation career, I’m finding that there’s no denying that I’ve become a Pilot Obsessed. I have no plans in changing my official, income-generating career, because as I said before, I like what I do.

But I definitely know what my passion is.