My view this evening. 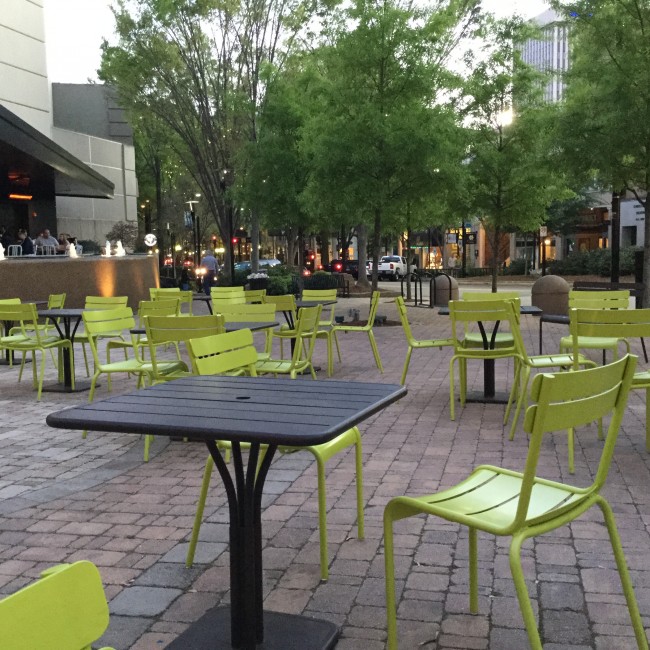 It’s nice to be in a place where spring actually looks like spring. When I left home for the airport this morning, it was looking like this. 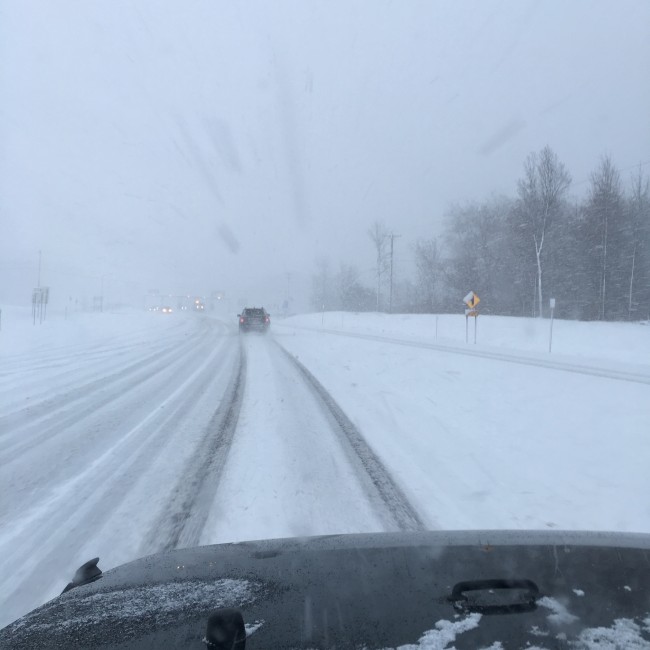 Now, I enjoy a good winter storm like every Upstate New York native does, but I prefer them to be during the winter months.

As I get older I could easily see my becoming an Upstate South Carolina lad.

I’m on my way to Greenville, S.C for work. Greenville is rapidly becoming my “second home”. I feel comfortable there, though I do miss my family when I’m away. I’ll be there until Thursday.

Mother Nature decided to remind us as to who is really in control this morning. We were greeted by lake effect snow squalls. Driving to the airport this morning kept me on my toes; I drove in four wheel drive most of the way and couldn’t safely get over 45 MPH on the New York State Thruway. Several others tried to go faster and I passed six or seven cars off the road during my journey of 45 miles. One of the cars was a state trooper vehicle.

The flight pushed back from the gate on time but de-icing delayed takeoff by nearly an hour. Folks on the airplane were getting a little antsy. One woman declared that the snow and ice would just blow off the airplane on take-off. I’m happy she’s not sitting in the cockpit because she doesn’t seem to have a good grasp of aerodynamics and the effect of ice on an airplane. Icing changes the shape of an airplane making the aircraft aerodynamically unpredictable and unsafe. I’m happy we took the time to de-ice.

The lone flight attendant on this CRJ-200 is extremely pleasant and full of smiles, despite the many inquiries and occasional complaints for the passengers. Her name is Tracy. When I encounter exceptional service on a flight I always make a point of letting the airline know. I’m sure the airlines are barraged with complaints; saying nice things is always a good thing to do. Spread the positive vibe.

I’m always fascinated by flying above lake effect snow squalls. They tend to stay close to the ground and usually you can see the clear bands stretched out below the airplane. It takes just a few moments for an airplane to get above a white out and I think that’s rather nifty.