Earl and I have been spending the weekend in Chicago with Jamie for Earl’s birthday. Earl wanted a relaxed pace this weekend and with Mother Nature’s cooperation we were able to enjoy some time in the parks downtown and walking around the Albany Park neighborhood where Jamie lives.

Last night we went to see Broadway in Chicago’s “Cabaret”, which was quite enjoyable. The emcee was played by Randy Harrison, who played Justin in “Queer As Folk” back in the day. The show as well done; it had been a while since I had even thought about the show so I went in without expectation.

This morning I took an extended walk around the area to get more familiar with the vibe; I had a brief conversation with a neighbor. They were a little skiddish but when I talked in my ridiculous cat voice they calmed down just long enough for me to take their picture. 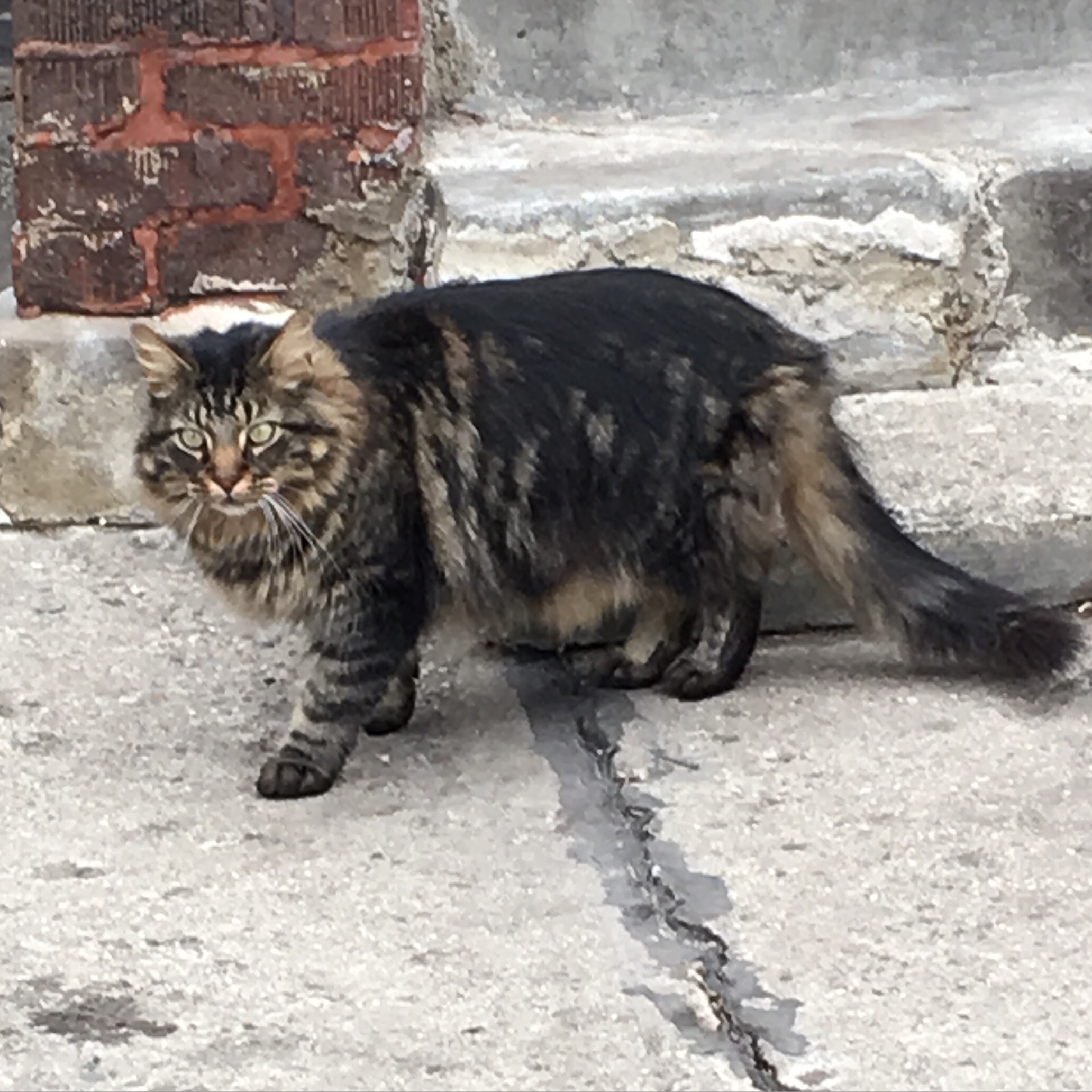 I could definitely live in this area. We probably will someday.