When Earl and I were in Pensacola Beach, Florida a while back, I dropped two drops of water from a glass on the trackpad on my laptop, a 2013 MacBook Pro with Retina display. I had promptly wiped the water off the trackpad, making sure that it didn’t seep into any of the corners of the trackpad, but to no avail, the trackpad took on a mind of its own and started spazzing out like crazy.

Many fix-it guides on the Internet suggested rubbing a cloth in a vigorous manner all over the trackpad for several minutes. Apparently this dries something out and then the trackpad will start behaving again.  It worked, and I was able to use my computer normally.

Until the humid weather moved in two days ago.

Now, whenever the humidity is high the trackpad loses its mind again. I vigorously wipe the trackpad surface with a cloth and things settle down to normal, but only for 10 minutes or so, then things are start going crazy again.

I decided it was time to be a good Mac boy and I made an appointment with the Genius Bar at the local Apple store. Earl and I are making a quick trek to the mall this evening.

While they’re fixing my trackpad, I’m going to ask them to replace the keyboard as well, as I had some pretzel dust seep into the keyboard a year or so ago and a couple of the keys are still crunchy. I’ve finally fallen in love with that computer, I want to keep it around for as long as I can. 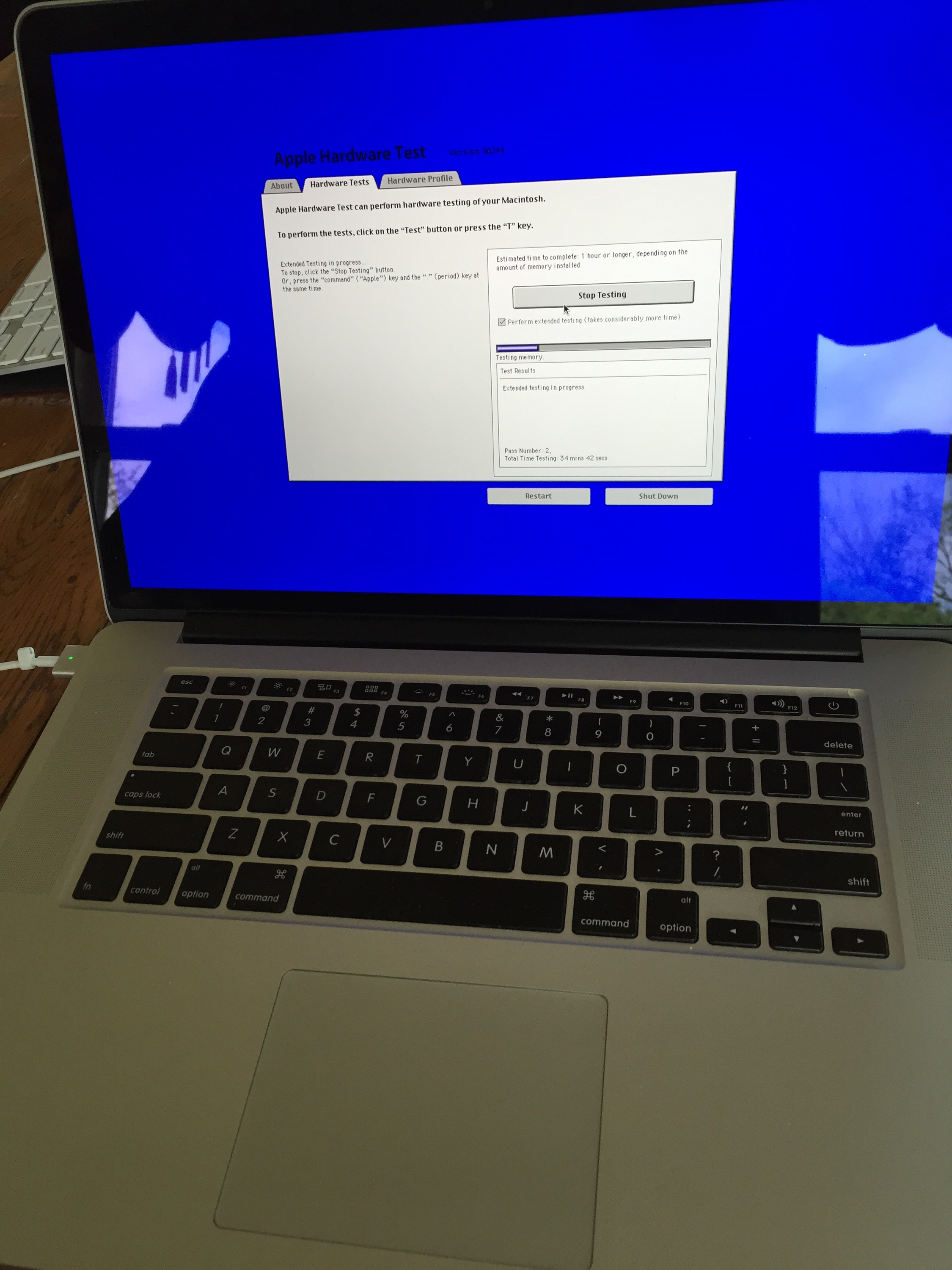