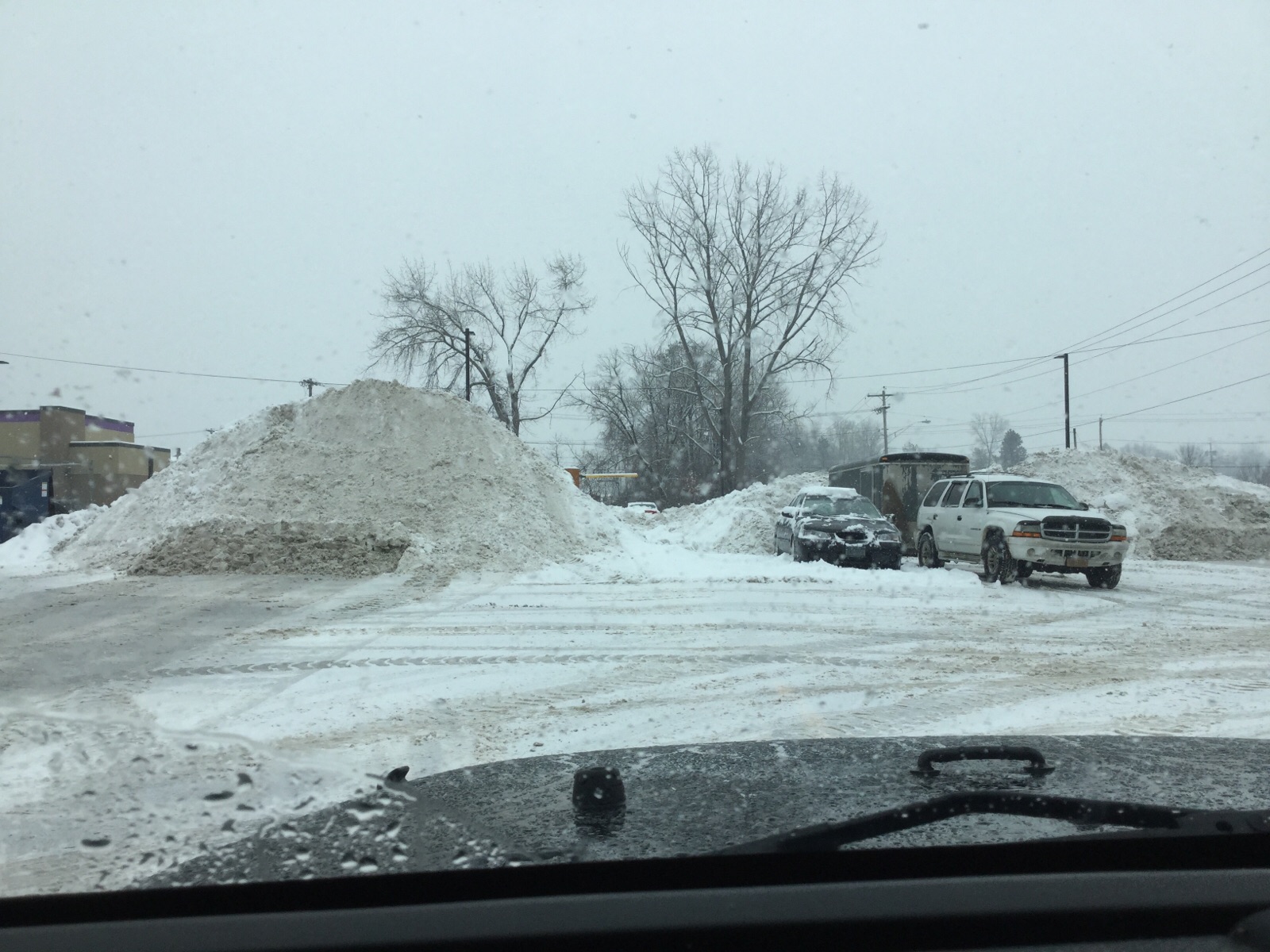 Many were surprised when I arrived at the office today. I knew that it was going to be a snowy day, being a pilot at all I tend to be hypersensitive about the weather forecast, and it’s snowy days like today that put me in the mood for a challenge. While folks are standing in line at the local supermarket, ready to hoard bread and milk like they’re stockpiling for an invasion of lactose and gluten free aliens, I confidently drive the roads of Upstate New York, knowing my vehicle, the realistic capabilities of four-wheel drive and my personal limits when it comes to driving said Jeep.

Folks on the Thruway were maddening during the commute this morning; out of state drivers and downstaters tend to drive faster than conditions really warrant. I’m not surprised when I see a car off in the ditch. If there’s no sign of motion around the vehicle sitting in a snowbank, I’ll stop and make sure the driver is alright. I haven’t been shot yet. There were a couple of cars off the road along the commute, which I find odd because the Thruway is clearly (pun intended) the best maintained road in the state. If you can’t drive on the Thruway in this weather, you’re definitely not going to be able to travel on the side roads on the state-maintained Interstates.

I’ve never understood why out-of-staters would want to visit this area in the middle of January, anyway. Are they going snowmobiling in their stylish North Face jacket or something? I doubt that they are, but then again, I don’t really mind this weather even though I bitch about it a lot and I don’t have a North Face jacket. This year’s winter jacket of choice has been a barn hoodie underneath my old and worn Carhartt jacket. I love my Carhartt. It’s something I earned, being a boy from these parts.

It’s suppose to turn wicked cold this evening, with temperatures falling nearly 40 degrees to around 10 below zero. That’s when I’ll want to stay home because I don’t really mind playing in the snow but I don’t like playing in the freezing cold. Don’t get me wrong, I’ll take freezing cold over sweltering hot, at least one can bundle up to warm up, but that doesn’t make the wicked cold that much more appealing to me.