Going to the movies is a consistent source of frustration for me. Because I can be somewhat judgmental at times, I believe that adults should conduct themselves in a certain socially acceptable manner whilst taking part in a cinematic experience. As expected, no less than four people continued to use their phones throughout the entire showing of “Into The Woods” this evening, including a pair of women that I dubbed “Aqua Net and The Frizz” who were sitting directly in front of me. The Frizz had her text size cranked up to the largest setting possible on an iPhone 5s. The words “Hello there” took up two lines in iMessage. The woman to her right, a young woman with a strapping young man accompanying her, exchanged messages with a man named Justin. They were having a conversation regarding the New Year’s Eve party they apparently both attended. The young woman doesn’t remember much.

Our local cinema, which shall remain nameless because I don’t want to give them advertising, but they are chain with just one location in New York State, has been around for about 15 years. They no longer use the preview screen in the lobby area because the workers find it too loud. Tonight the popcorn machine was broken, which resulted in reduced popcorn output. 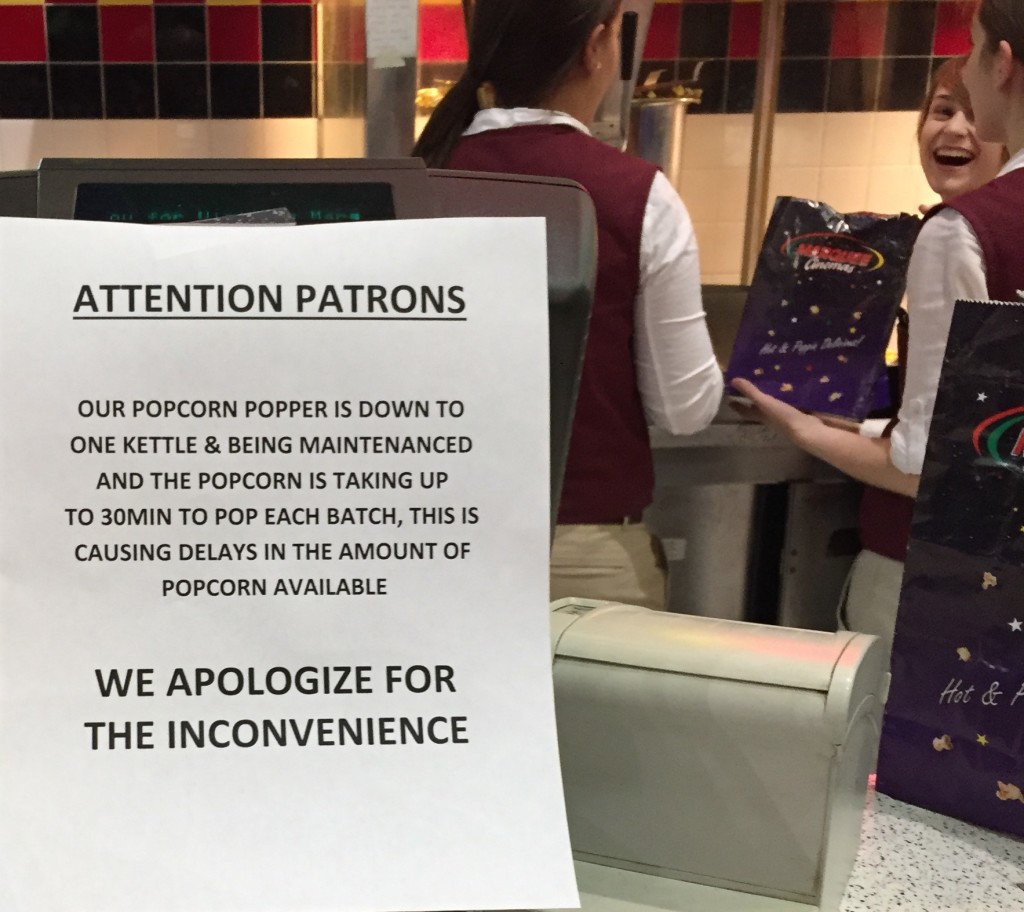 One will note that it takes three people having a good time to make one batch of popcorn per 30 minute cycle.

The only reason I still bear the cinematic experience in general is because I enjoy a nice bag of movie theatre popcorn, but we weren’t about to wait 30 minutes for a bag of popcorn so I settled for M&Ms. It wasn’t the same.

The movie was enjoyable. That was the bright spot of the evening.