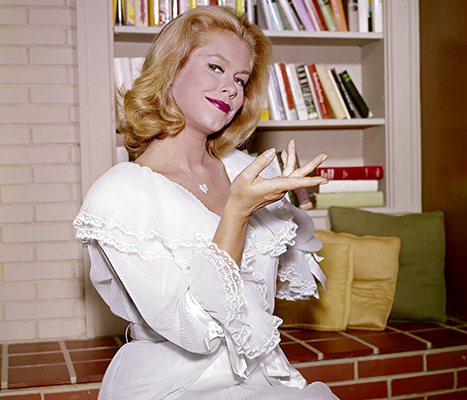 It was announced yesterday that after a bidding war between NBC and ABC, NBC has signed on for a pilot of “Bewitched”. Entertainment outlets are calling this a reboot or a reimagining, but from what I have read, this doesn’t sound like it’s going to be a retooling of the very popular show that ran from 1964-1972, but a continuation of sorts.

The lead character will be a witch named Daphne. She’s in her 20s and she is the daughter of Tabitha and the granddaughter of Samantha, famously portrayed by Elizabeth Montgomery. Tabitha was played primarily by Erin Murphy during the original series run, but the character was played by Liberty Williams in a failed television pilot and then by Lisa Hartman (now Lisa Hartman-Black) in a series that lasted for just one season on ABC.

“Bewitched” has been and will probably always be my favorite show of all time. The 2005 movie based on the characters from the original show was an big disappointment, so I’m a little worried about the fact that the new series will be produced by the same company that produced the movie. However, it sounds like this new series will be a continuation of the “Bewitched” universe, so I think there’s hope. To be honest, I’m excited to see what comes of this project. The only reservation I have thus far is that the lead character’s name is “Daphne”. It sounds kind of witchy, but the majority of the witches on the original show had an “a” or “uh” sound at the end of their name; one would hope they would continue the tradition.

I’m interested to see how this pans out. I have just a few expectations:
1. Use something to tie it back to the original show, maybe the magical sound effects could be the same?
2. Keep Shirley MacLaine far away from the role of Endora.
3. Go with the “magic in the background” vibe that the original series had in seasons one and two. And don’t make it too dark.