This entry originally appeared on my Google+ stream.

It was the mid part of last week that I decided that I was not enjoying the disjointed Foursquare / Swarm experience, so I deleted both apps off of my smartphone. This actually made me a little sad for a couple of reasons. I had been actively using Foursquare and contributing to that ecosystem since shortly after its inception and when my husband and I went on our road trips (which can be several thousand miles long once or twice a year), it was fun to check in places that we had been before and subsequently be reminded of this fact by Foursquare. We also liked playing “spot the mayor”, something that didn’t happen very often but happened time to time, nonetheless.

We embarked on our latest road trip this past Thursday, and it was the first time in nearly five years that we didn’t use Foursquare in any way to find local eateries and the like. He used Yelp to a certain degree, I opted to use the Google ecosystem. Â My tools were the various Google apps that are available for iOS.

One of the things that I really, really like about using Google for location-aware services and discovery is that everything is integrated together. There’s not a lot of app hopping (like going from Swarm to Foursquare) and if there is some app hopping involved, it still feels quite integrated. And because I’m now using Google services for this type of location discovery, the Google Now experience is becoming even more predictive. Predictive is good. This type of prediction is where Google is jumping leaps and bounds beyond what Apple has to offer through iOS’s Siri.

So, in an ironic way, I have to thank Foursquare for kind of screwing up their ecosystem to the extent that it made this loyal user look elsewhere for information. Had Foursquare continued with their integrated experience, I would have never realized the value of Google and its contribution to the arena.

Let’s hope that Google continues to improve their offerings on all platforms. If they do, I shall continue to be a very happy user.ï»¿ 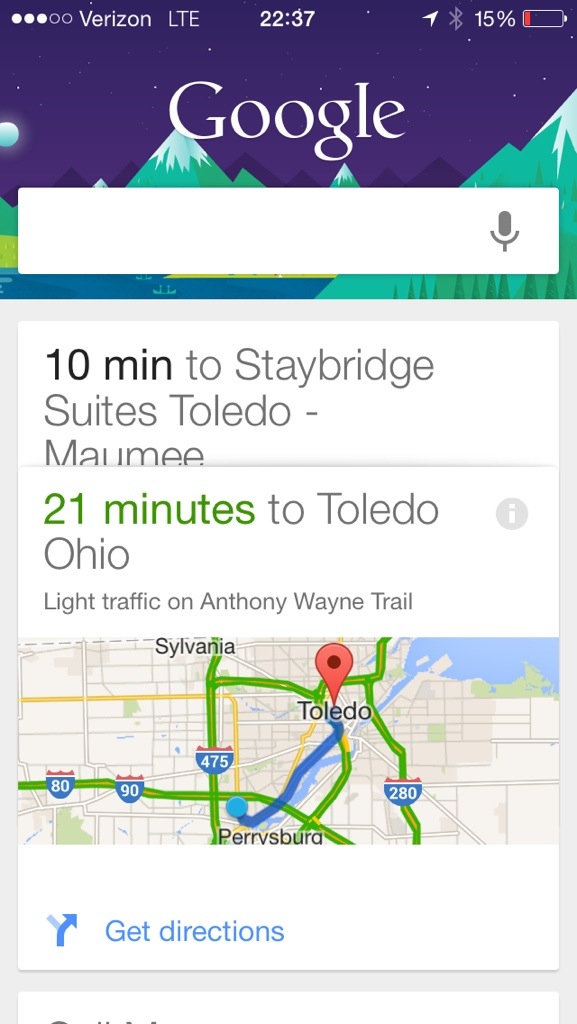