The past several weekends have been very busy for us. Flights to North Carolina, visits to Chicago, family gatherings, life is tough, right? Earl and I decided we needed to relax so we purposely kept this past weekend commitment free. It was a wonderful feeling.

On Friday afternoon I sent Earl a message letting him know that it was suppose to rain over the weekend. No surprise; that’s what it’s been doing for what seems like forever in these parts lately. I suggested that on Saturday afternoon we take the Jeep out and get it really dirty. I said, “Let’s go muddin'”.

We ended up driving into the Tug Hill Area of Central New York. The Tug Hill is the area you see on the Weather Channel during the winter. East of Lake Ontario, the Tug Hill gets a lot of snow each year. Driving through the area on Saturday we saw several places where there was still snow on the ground.

We checked out quite a few of the “Seasonal Use Only” roads in the area and played around with a little mud. 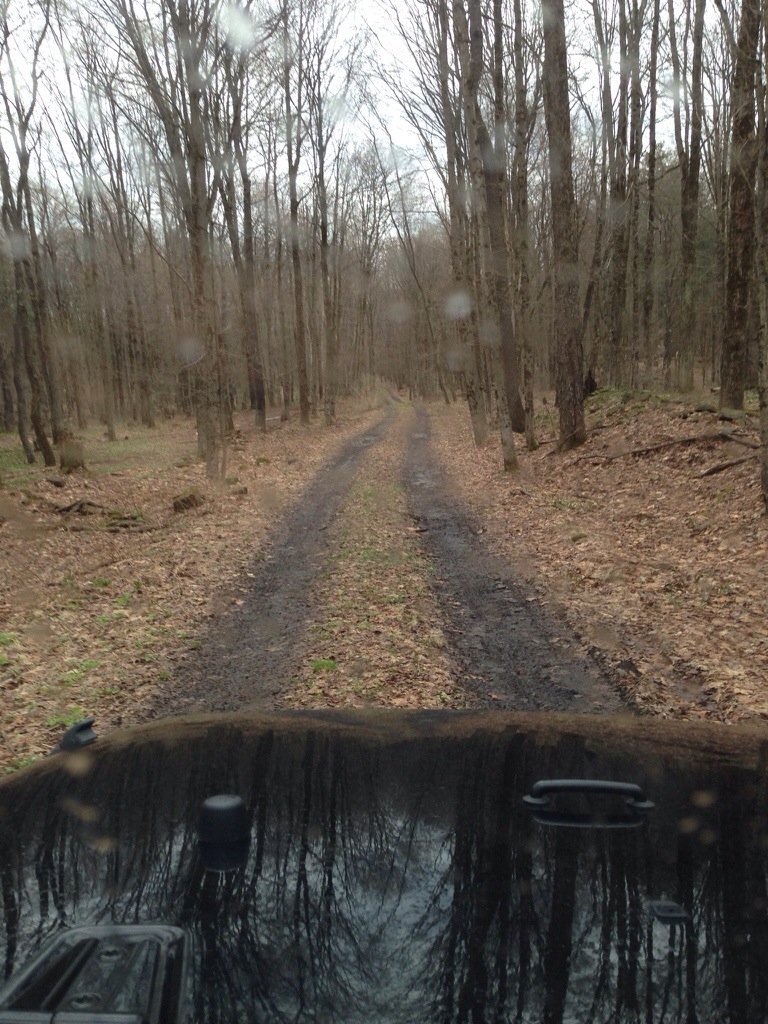 It was fun exploring these barely used roads, but I was in the mood to really kick up some dirt. After driving around and taking a necessary bathroom break in my hometown, we ended up in the Happy Valley Wildlife Management Area. It turns out there was a lot of mud to play in at Happy Valley. 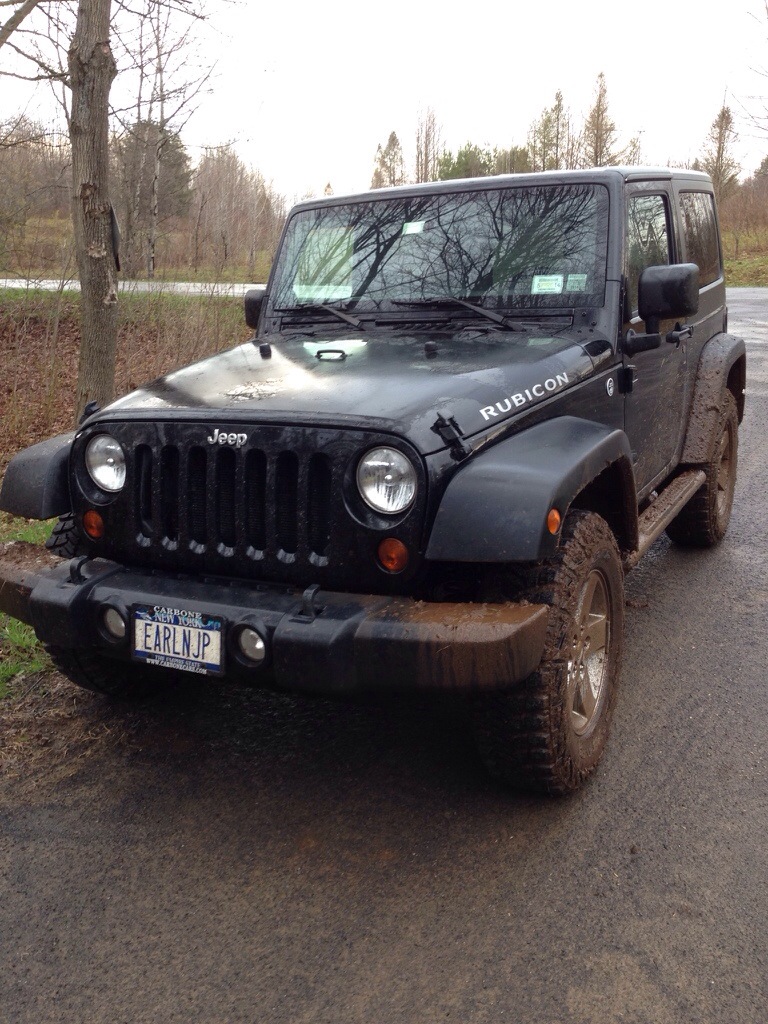 The road through Happy Valley had quite a few spots where you could pull off in 4WD or on an ATV and basically have fun maneuvering through mud holes. A couple were particularly deep and Earl sounded cautious when I mentioned we should try them. I remembered that the Jeep doesn’t have a winch on the front and when I suggested this to Earl, he mentioned that we could always call AAA. This made me laugh as I could just imagine trying to explain to AAA as to where we were and why we were in the mud. I don’t think AAA helps out in those situations.

Driving through Happy Valley we ended up following a couple of guys in a jacked up pick up truck who were kicking up mud along the same road. It was fun to purposely find the mud, spin the tires and throw mud all over the place. Earl and I bounced around in the Jeep and had a grand time. 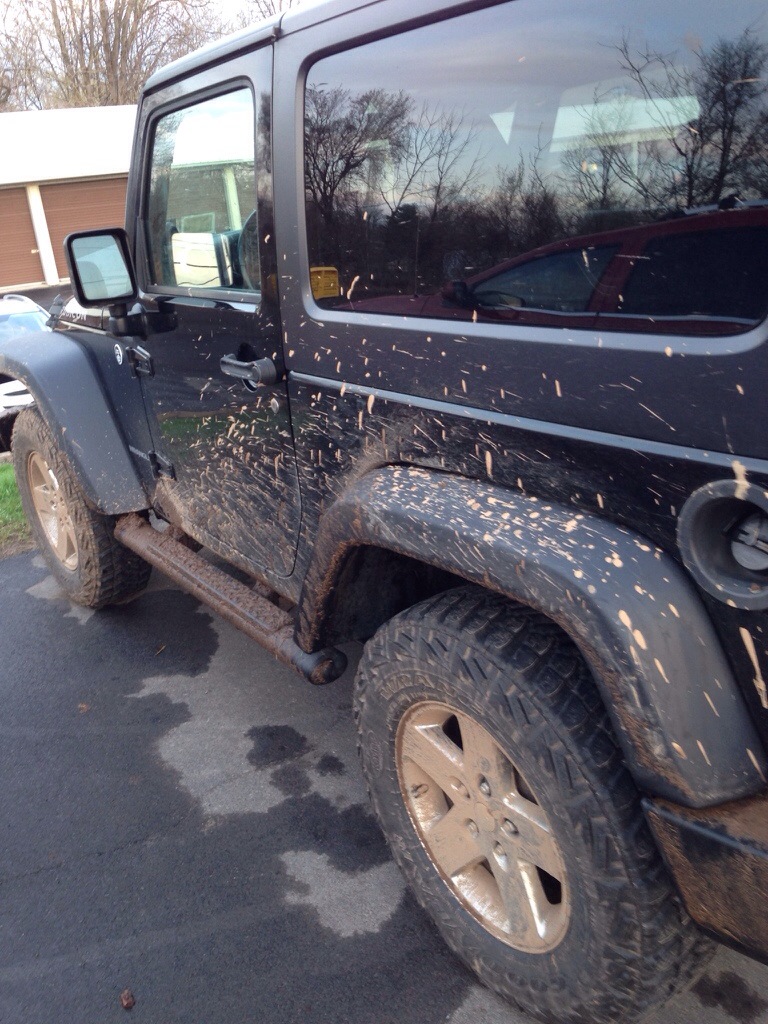 I felt like one of the big boys when we went to a local family restaurant for supper afterwards. Several looked at the amount on the Jeep, a couple of guys nodded.

We did it right. I’m looking forward to doing it again.