A certain someone of the feline persuasion just ventured outside (with supervision) for the first time since moving into our happy little home a couple of months ago. Scooter is still getting his routine around here down; he hasn’t figured out the differences between “meal time” and “sleep” and he’s an early riser (breakfast at 3:00 a.m. anyone?), but he’s starting to get his bearings.

Since today is the first time it has been above 60şF this year, I thought I’d spend a little time out on the front porch during my lunch hour. I motioned for Scooter to come out with me, but he didn’t want any part of the shenanigans I was engaging in, so he scooted around the house at a high rate of speed. He then realized that I was still on the front porch.

There’s a saying about cats and curiosity…

Anyway, it only took two rattles of the front porch door to get the human to get up from his comfortable position in the sun and let Mr. Scooter outside, but when I went to open the door, Scooter ran back. I decided to leave the front door open and let him come out on his own. It took a bit and the steps were filled with trepidation, but he finally came out to where I was sitting on the steps. He made a few cursory checks of the area through his very active nose and then decided he had had enough and starting ripping around the house again.

Apparently all of this activity has deemed him worthy of a nap. He is now relaxing and undoubtedly pondering his exploratory mission of the day. 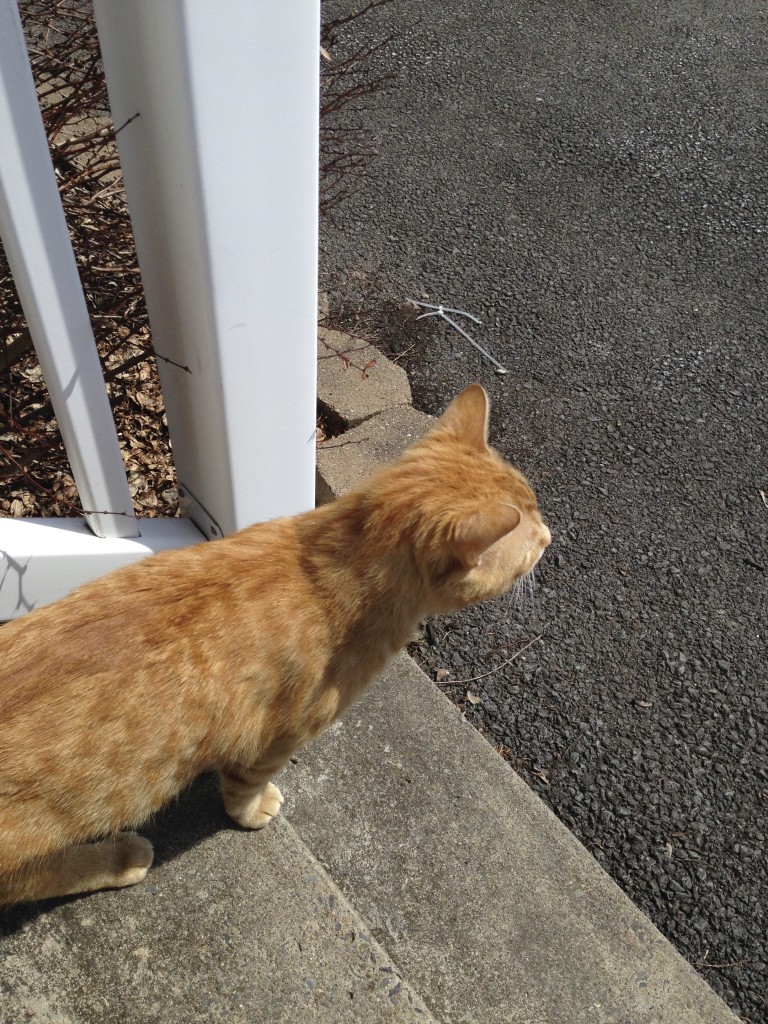