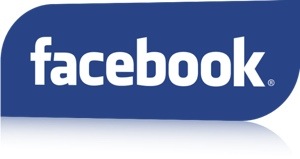 The other day I told Earl that I was seriously questioning the value that being on Facebook brings to my life. On one hand, connecting to friends and family through Facebook allows me to connect to those I haven’t seen in a really long time and/or with those that live quite a ways away. In that regard, I think Facebook is great. However, outside of that, I’m finding Facebook to be a study in frustration lately.

First of all, why can’t I just look at my timeline in chronological order from newest to oldest. If I wanted to be part of a popularity contest I’d run in one of the many gay-themed contests that are available to the today’s homosexual or I’d go back to high school and sit at the corner table in the lunch room. It’s not my bag.

Yesterday a local friend commented that someone she is “friends” (her quotes, not mine) with on Facebook didn’t recognize her in real life and from what I remember, kind of ignored her. Well that’s not really being friendly, in my opinion. She commented that she’s going to need to weed out her friends list again and of course I shared my two cents on the subject: “if you can’t hug them, don’t friend them.” I came up with that at that moment. I’m deep like that.

I know tons of people that use Facebook to make friends. They seek out likeminded individuals and friend them, with hopes of making a connection someday. I’ve made several friends on Facebook over the years, however, I usually “friend” someone on Facebook after I’ve met them some other way, even if it’s through some other social network like Twitter or a message board or something. Generally, my rule is I won’t friend someone unless I’ve met them In Real Life or I plan on meeting them in the relatively near future (say, within the next year). And my rule, despite my use of salty language from time to time, is that I use Facebook for content that is PG-13 at the max. There are plenty of other sites for R and above, there’s no need to mingle that sort of thing with pictures of your Aunt Matilda. I friend people on Facebook because I genuinely like them or at one time I thought I liked them.

Over the past several months I’ve tried to follow some of the interest groups on Facebook: road geek stuff, maybe some gay bear stuff, etc., but I’m finding that those boards remind me way too much of the old America Online days when everything was inside of the AOL framework. I like the idea of information being free and I believe that discussions such as politics or the merits of the shape of a route marker or whether celebrity X looks better with or without facial hair belongs in a forum where everyone has access, not just to the folks that have jumped on the Facebook train. So last week I gave up on the discussion areas. I might browse a political discussion once in a while or I might “like” a subject, but I’m much more comfortable on the message boards geared for these topics. On those boards I might make friends that I would want to meet in real life, then we’d end up as friends on Facebook. That’s how I see the workflow working best for me.

I’ve been weeding out a few extraneous friend connections on Facebook on a daily basis over the past week or so and I’ll probably continue to do so through the end of the year. A while back Earl and I joined a group of guys for drinks and I introduced myself to one of the others in the party, who had absolutely no recognition of me whatsoever. He didn’t know who I was with, who I was, where I was or anything. Quite frankly he was a little standoffish. I was in my usually friendly sorts as I tried to strike up a conversation and I mentioned to him, “oh, I saw on Facebook that you’re thinking about changing careers.”

“How do you see my Facebook feed? It’s private!”. He seemed shocked.

“Uh, we’ve been friends on Facebook for several months now”, I stammered.

“Oh”. He went back to his air of quasi-disinterest. The conversational void must have been of my doing so I went back to amusing myself with watching people chew or something.

I unfriended him when we got back home. I don’t think he noticed.

Recently a “friend” went on a rant about Tim Cook not being “out” enough. That pushed me over the edge. While I fully believe that a militant-homophobe can be quite dangerous to the LGBT community, I also fully believe that a militant-homosexual can be just as dangerous. Tim Cook has never denied being gay. He doesn’t really talk about it but he doesn’t deny it. What do I care? It’s his life. Who says that a public figure needs to be wearing a neon sign and scream about gay rights every breathing moment? He’s not running around with a woman claiming to be married to her. There’s no dishonesty. Why complain from the cheap seats? Since I’m weeding out negativity in my life, I decided that I didn’t need to follow this “friend” after all. Delete delete delete.

I’ve been scolded for using the term “I’m just a guy with a husband”. I use it on several of my profiles. It’s just way I talk. I’m loud enough with my gayness, I don’t need to scream it with every online introduction. “Why don’t you say you’re gay?” My response of, “I believe being a guy with a husband is pretty much a no brainer that I’m gay” didn’t hold water in his aquarium. They’d really gasp at my old tag line of “more guy than gay.”

I’ve been scolded for not having a beard anymore. “A man that shaves is called a woman.” Aside from the implied “less than” when it comes to being a woman, my response was, “Yeah? Tell that to the soldiers keeping you safe, or the fireman that has raced into a burning home to save lives or to the pilot that landed the plane to safety while you choked for air on the oxygen mask that fell from the panel above your head, because none of them have beards either.” Besides, in the grand scheme of things, who cares what I look like? It’s my face and if I’m still getting kissed after nearly 18 years of being with my husband, I must be doing something right. As for the friend that likes to scold? Delete delete delete.

What all of this rambling boils down to is, my list of 250+ friends on Facebook is dwindling rather quickly. I have no problem with this. I’d rather just enjoy life for what it is, in the moment and share it with those that have had some sort of positive impact in my existence. As I have grown fond of saying lately, “I’m either becoming obsolete or just plain old fashioned.”

Now keep those kids off my lawn.