So yesterday it was 43ÂºF and soggy outside. I’ve been feeling a little stir crazy lately, despite the amount of travel that we have been doing, and I decided that it had been too long since I had done some sort of zen-like experience through exercise.

I most readily find my zen when I’m riding my bike.

Despite the temperature and other weather conditions, I decided that I needed to go on a bike ride. So I bundled up in several layers of clothing, put a wool cap on under my helmet and off I went, headed for the Canal Trail. I was the only one down there.

A couple of years ago, the local Department of Public Works abandoned a bridge that connected the Utica Marsh area to the rest of the world, claiming the land under the auspices of Eminent Domain. While there are still ways to get to this area in a motor vehicle, it’s no longer an easy task, and the roadway is starting to look quite abandoned. 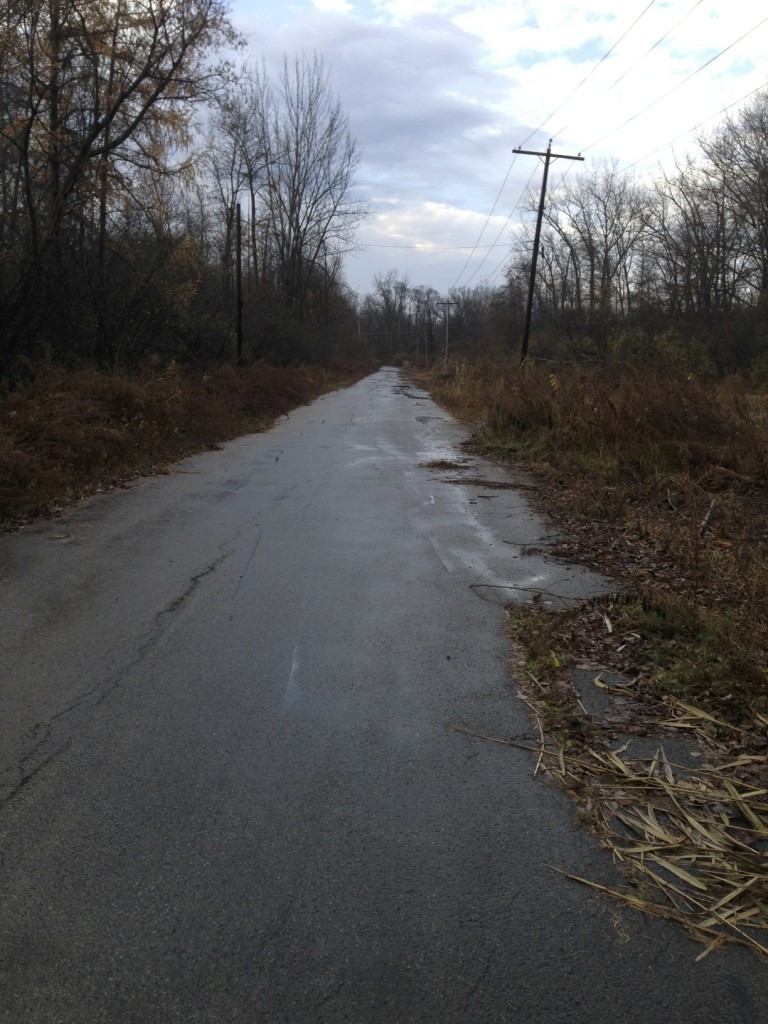 I rode the mile or two to the abandoned bridge before turning around and heading back to the canal trails. It was a little spooky. I then continued eastward on the trail.

The trail ends at a busy street, so I decided I would just do a U-turn and head back home. This would bring my ride to about 12 miles or so and I was feeling every mile; it’d been a while since I’d ridden my bike. When I turned back and looked at the western sky I picked up my pace significantly.

The sky was very dark with a storm blowing in. Since it was 43ÂºF when I had left, I knew that it would be interesting.

I was about a mile from home when the skies let loose with a little bit of rain and a lot of hail. This was my first time riding in a hailstorm and I can confidently say that it’s not really that pleasant. Hearing the hail pinging your helmet is an interesting phenomenon, having the hail hit your exposed face is really interesting.

I laughed about it all. I ended up having a ball. However, I was happy that I only had a mile or so to go to get home. If I had to ride any further than that in those conditions I probably would have been a little less jovial about the situation.

Despite the weather I really enjoyed the experience and cemented (for the billionth time) that I am happiest exercising when I’m doing it on my bicycle.

I’m already looking forward to the next opportunity, come rain or shine.