So this weekend has been an on-call weekend for me. After traveling for the past four consecutive weekends, it felt a little odd to spend the weekend at home. We were antsy and we wanted to do something.

The rule of an on-call weekend is that the computer goes along, there must be some sort of cell signal and we don’t go to a movie, because the idea of sitting in the theatre for two consecutive hours is just tempting whatever deity controls the on-call situation. So we decided to go for a ride.

We made our way down to Hamilton, New York, the home of Cornell University. We drove around the village area a bit and then headed out of town in an eastward direction using a road that had no number. I felt adventurous and was happy when we came across a road with this sign. 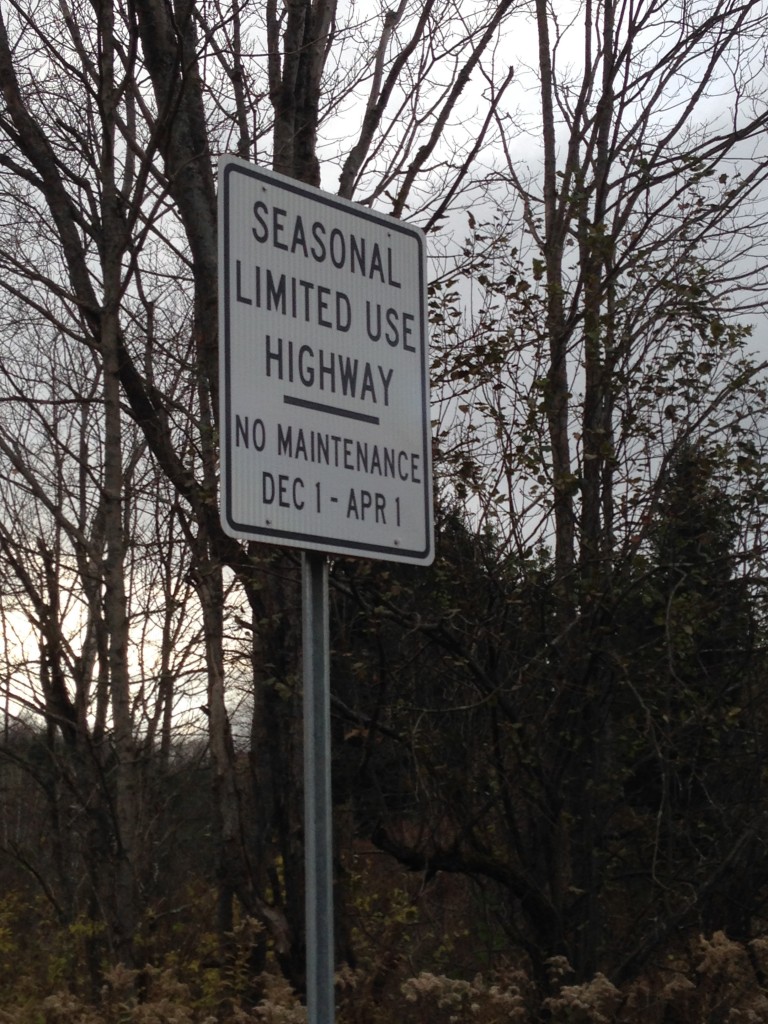 It has been way too long since Earl and I purposely went off the road in the Jeep. I usually partake in this activity after a hectic day at the office but since we were nowhere near the office, or home for that matter, I had no idea where this road would take us.

And we didn’t care 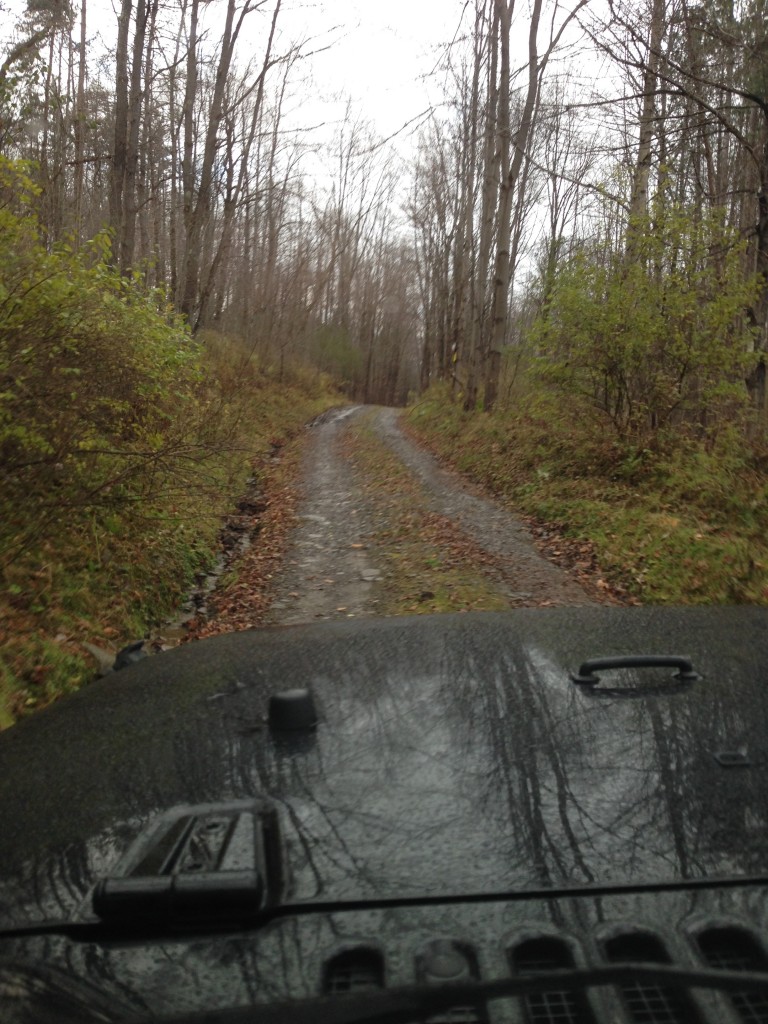 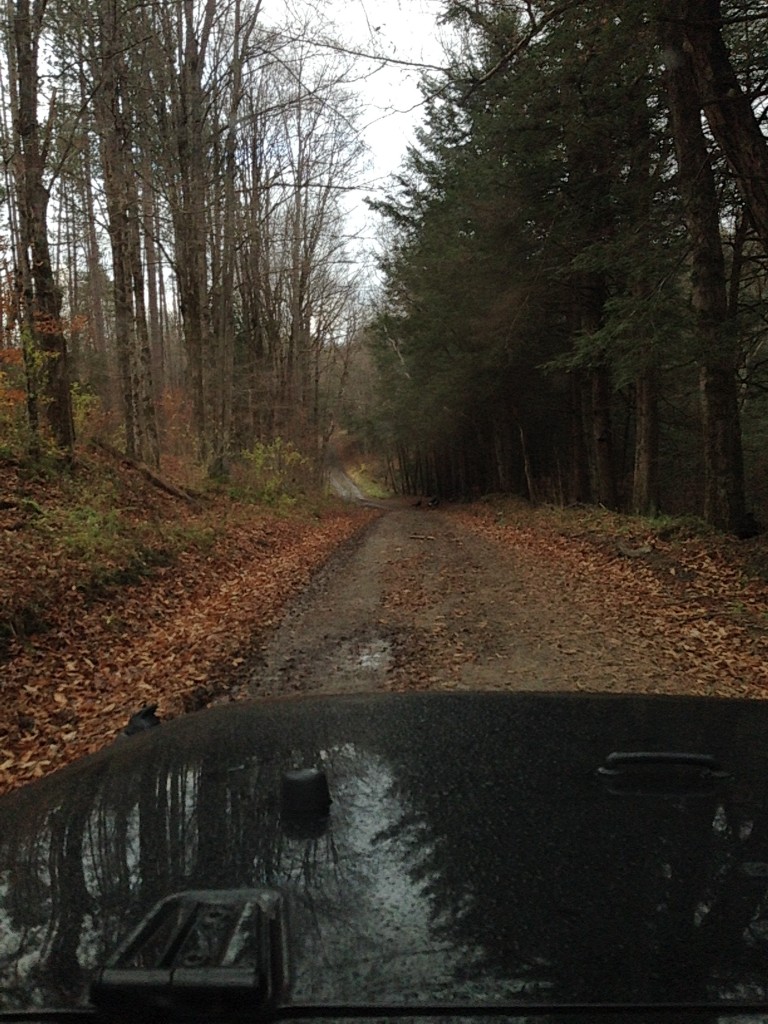 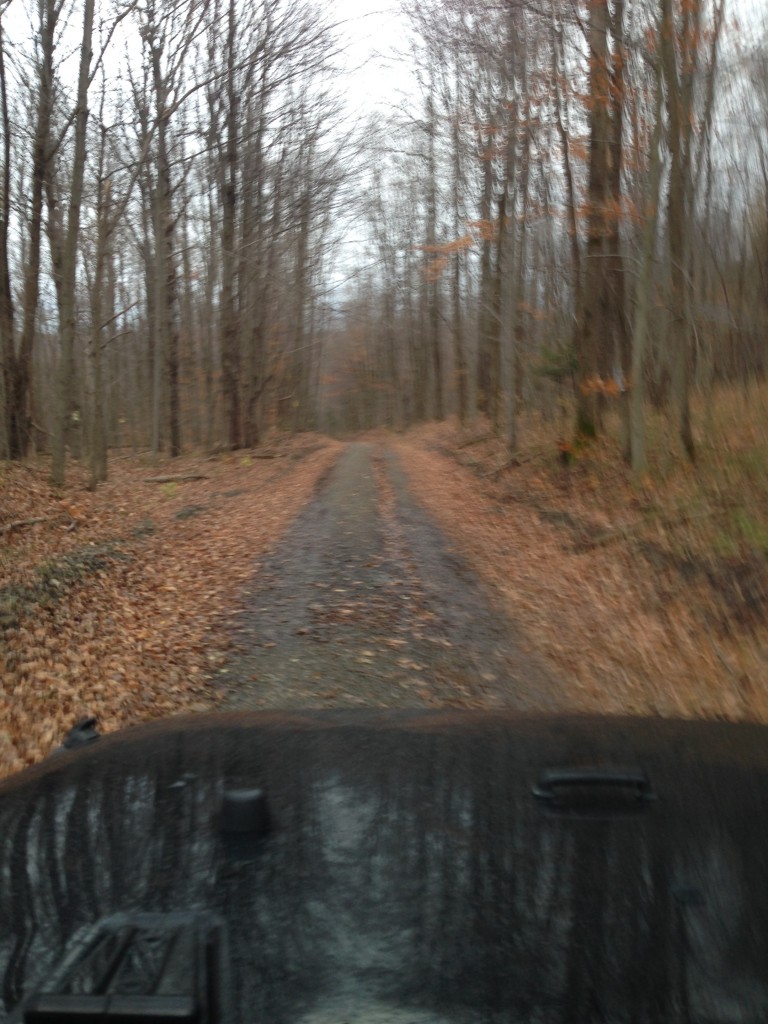 We ended up navigating about 10 miles of unimproved roads in the woods of Madison County and did so at a good pace, we never went over 15 miles an hour. It’s always better to crawl the Jeep over rocks instead of flying over them. I didn’t know where we’d end up, heck, the only sign of life we saw in the woods was a huge group of turkeys and a couple of hunters. The hunters and the turkeys were headed in opposite directions. We took it slow, we bounced around and we enjoyed the peaceful ambience of the woods.

As the keeper of The Upstate New York Roads website I often get requests for maps containing roads such as the roads we explored in the Jeep yesterday. I have never been able to locate such a map.

Sometimes you just have to get out there and go exploring.