So Earl is going to be out of town one weekend in November. I was originally thinking of going on a Jeep ride and exploring the general area but for some reason that’s not exciting me like it usually does. I wanted to do something different.

Due to a canceled trip earlier this year, I have a credit sitting on my Delta account so I decided that I would use that and go off on another adventure before I lost the credit. The trouble was that I didn’t know where I would want to go. In a way I wanted to go someplace that I had never been before, but in reality I wouldn’t have enjoyed something bright and shiny without Earl. I couldn’t see breathtaking vistas and canyons and the like without the love of my life at my side, so I would have to go somewhere in full geek mode. Leaving the continent was not an option (I got the glare). I didn’t want to spend the bulk of the weekend traveling and I didn’t want to hop so many time zones that I would be a complete zombie when I got back home, so I was at a little bit of a loss as to where to go.

Then I saw a billboard. Delta is now offering non-stop service to Minneapolis.

I’ve never been to Minneapolis but Earl has been there at least once. He says Minneapolis has a nice downtown and there’s light rail transportation and everything. He spoke highly of his experience there. He also said it’s quite cold in the winter. So I’m going to Minneapolis for a long weekend in November.

I’m going to be a complete geek and see about visiting the company that now makes the clocks that I collect. I’ve talked to them on several occasions over the years and I’ve even traded emails with the CEO. I’ll find it interesting to see their setup.

I’ll probably also visit the Mall of America. I hear that’s a big deal. I’ll also see what else there is to see and do in the Twin Cities.

I don’t know if I’ll throw my hat up in the air, though, because that just seems clichÃ©.

The best part of this trip for me is that I’ll just be anonymous in a city that I don’t know for a weekend. Curiosity will be the name of the game. I’ll be off the grid in an on the grid way. And that is very appealing to me.

I’m looking forward to the adventure. 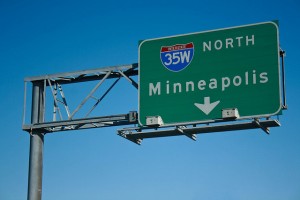