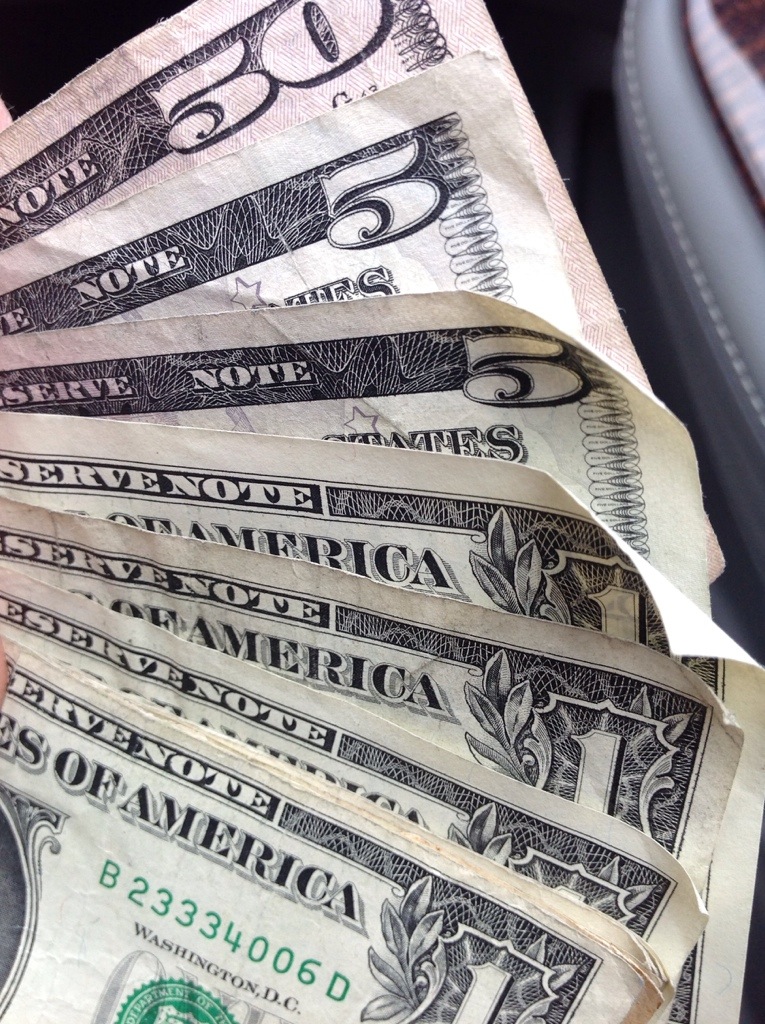 As we approached the interchange, Earl asked me to get out the toll money. He handed me a stack of bills and a slightly crumpled turnpike ticket.

He knew why I was sighing and said, “My money is a mess but I’m not used to carrying cash.”

After giving him the exact change required at the rapidly approaching toll booth, I sorted through the wad of remaining bills and organized the cash in his wallet a bit. I’ll tackle the plastic on another day.

I consider myself fortunate that I grew up in a fairly organized retail environment. Aside from a dog that would occasionally knock prosthetic limbs off a customer or a cat that hissed from atop the cash register, my paternal side of the family ran a pretty tight operation with the family business. One of the hard fast rules was that all bills went into the cash drawer with the heads facing up and to the right. This is something that I expect from anyone at deals with money. At all times.

95% of the time I am disappointed.

I am now pleasantly surprised when my change in counted back to me after a retail transaction. Forget counting up to the amount tendered, nobody does that anymore, but anything is better than being handed a wad of cash with an accompanying glare. However, when I get money from an ATM or from a bank teller, I have the expectation that the money will be given to me in an orderly fashion. If a bank teller or the person responsible for loading an ATM with bills doesn’t have the time to handle my money in an orderly fashion, why would is make any sort of assumption that they’re know what they’re doing with my money behind the scenes? A symptom of sloppiness could be indicative of greater problem.

And I don’t want a bank that apparently has a problem to deal with our fortunes.

I have written many emails and even a couple of old fashioned letters to banks to express my displeasure with the way they handle cash. Most probably find this absurd.

It’s probably been crumpled up and tossed aside anyway.