Tomorrow Earl and I will be celebrating one of our anniversaries. I canâ€™t believe the time has gone by so fast, but it was two years ago tomorrow that we were legally married in New York State.

Life is nifty when you marry your best friend.

As part of our celebration, while in Chicago, the two of us went to Navy Pier for the evening. Earl quickly remembered that it was around 10 years ago when we were last at Navy Pier. Actually, it was 10 years, 1 month and 9 days ago, as confirmed by this blog entry. To celebrate, we rode the Ferris Wheel again and reenacted a photo from our first visit. 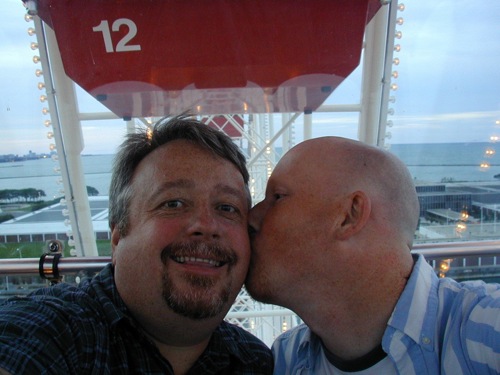 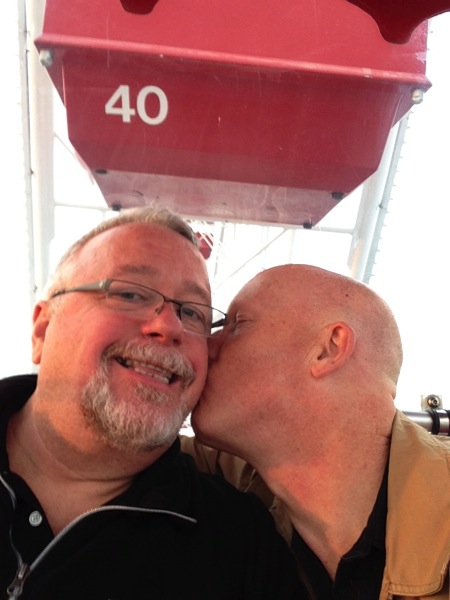 We were in a different gondola this time around, but Earl accurately remembered that we were in gondola 13 the first time.

We went to Harry Careyâ€™s twice during the evening; the first time was for a beer and appetizer, the second time was for a beer and supper. In between our visits to Harry Careyâ€™s we decided to go for a speedboat ride on Lake Michigan. There were actually two rides we could choose from: a 60 minute slow-moving haunted ride that was sold out (we would have been the last two on the boat) or a 30 minute speed high-speed boat ride making waves, jumping waves and making crazy turns in a speedboat.

We felt the need for speed. 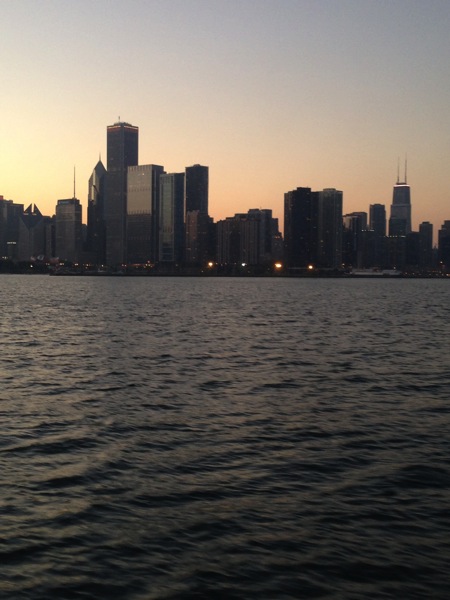 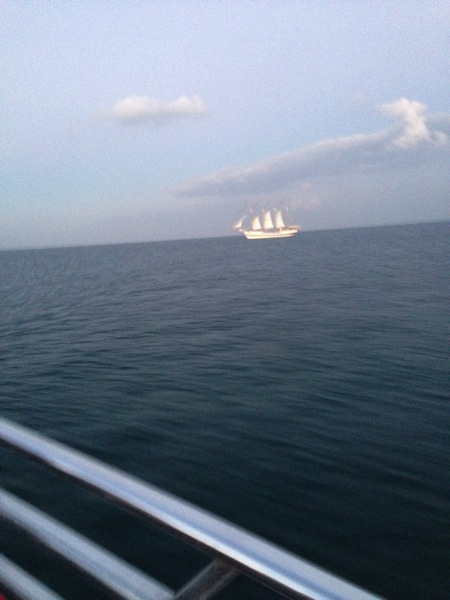 After the speedboat ride we went back to Harry Careyâ€™s for the second half of our meal, where we posed with a potted plant. We figured it was a good way to start a new tradition on Navy Pier. 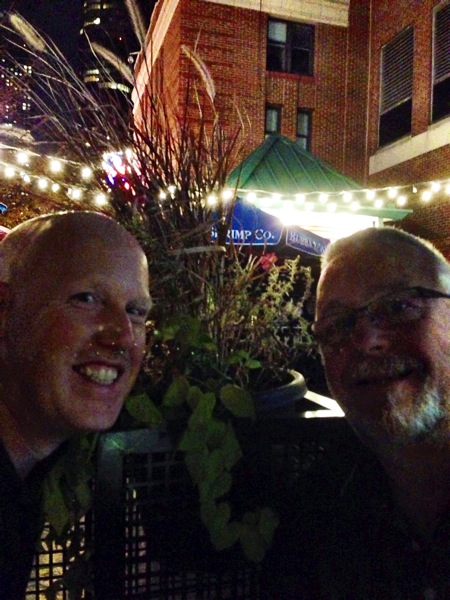 At the very least we plan on coming back in 2023 to sneak another kiss on the Ferris Wheel.