I’m trying to figure out why the sudden interest in the Amish as a source of entertainment. I’ve heard of other shows in the past: “Amish In The City”, “Breaking Amish” and my thoughts were along the same lines then, but I believe those shows were shown a few years ago. What have the Amish possibly done to warrant this sort of attention? 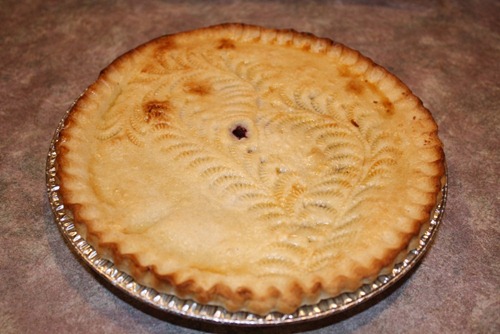 I have mentioned on several occasions that we have a good sized Amish population in our general area. When I go to the office I will always pass at least three buggies on the roads along my commute; they’re usually loaded with a milk pail or two and headed to a farm. Several times I have seen barefooted Amish children walking to one of the several one-room school houses in the area. I have noticed that they put their chairs upside down on their desks at the end of the workday.

On a few occasions I have stopped at an Amish stand and picked up a pie or canned pickles or something homemade like. I have always found the folks working these stands as pleasant, not overly demonstrative and seemingly content. I get the impression that they find enjoyment in their work, their chosen path and their life.

Why would the general American populace want to see the Amish in some sort of detrimental reality series? Is there some sort of sexiness in the thought of “corrupting” the Amish to live a more “normal” lifestyle? Does the American viewing public just enjoy seeing bad examples of any given society bring rebellious against their ways? Do we feel “less than” so therefore we must highlight others that are “less than”?

A few years ago a local woman was concerned about the quality of education that the Amish children were receiving in their one-room schoolhouses and was prompting the local school district to forcibly remove the children from their schoolhouse and integrate the children into “normal” society. “What kind of life is that?”, she asked.

Why the heck is it any of her business, anyways?

I know a lot of people don’t understand why the Amish are on the path they’re on and therefore go into a mindset of distrust since the live so differently than the “normal” American, but I have to admit that I have nothing but respect for them. There’s something to be said for being true to yourself and if necessary, going against the grain. I don’t know why they need to be sensationalized or turned into a zoo-like attraction.

I guess we just can’t do the whole “live and let live” thing.

Now, I know that the Amish participants of these ridiculous television shows are being paid and aren’t being forced to be a part of these shows against their will. Maybe they’ve left the Amish lifestyle and are just hamming it up to make money for themselves. That could very well be, but I really can’t figure out what perpetuates these television shows and movies. What is the attraction that builds ratings? We all know that a television studio isn’t going to do something unless they’re bathed in money.

Like most television today, I’m going to just ignore the existence of these idiotic shows and find something better to do with my time1. But I can’t help but wonder what is fueling these things.

1 I must admit that I watched “The X-Factor” last night and was tweeting quite a bit about the experience. I am thoroughly ashamed of the time wasted with this exercise last night.