I don’t know why I put the title of this blog post in French. I don’t believe I am near anyone speaking French, we are nowhere near a French speaking area of the world and I am not headed towards New Orleans. Perhaps it’s because AirFrance is a partnered airline of this flight home.

I am sitting at ATL (Atlanta) gate A02 awaiting the boarding call for Delta flight 793 to Syracuse. This is my last flight of the evening. It was suppose to leave 30 minutes ago but it has been delayed until 56 minutes from now. It’s raining and very windy at the moment. This doesn’t bother me. I know we won’t fly if conditions are not safe. That’s not the way the FAA rolls, even when the government is shut down. 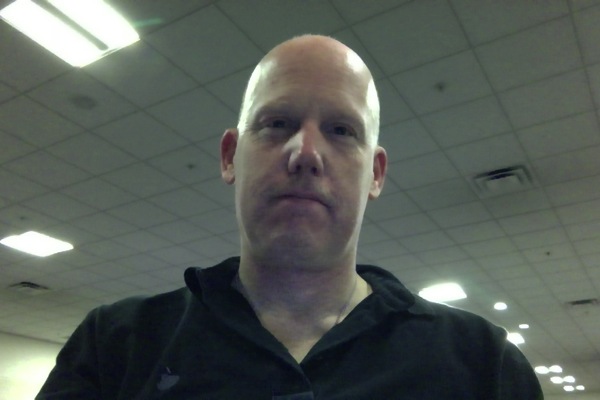 I am trying to look like a serious passenger in this photo, but I’m not really that serious. I’m serious about flying, because I love it, and delays and bad weather don’t really bother me. I have never been on a flight that scared me out of my wits, and if I a 1940 Piper J-5A can land safely after the engine seized before turning final, I’m sure that we can get an MD-80 where it needs to go.

I just don’t worry about these things.

As mentioned in my previous post, I just enjoyed a quick dinner at the PF Chang’s here in Terminal A. I’m kind of like Raj on “Big Bang Theory”, after a beer or two I’ll start talking. I had a nice conversation with an older gentleman named Stuart and his wife (I didn’t get her name). They were on their way to Cincinnati from Rome, Italy. The wife was cranky due to the 10 hour flight they had just endured, Stuart used the word cranky, but he was in liquidy good spirits and didn’t mind talking to the bald man that was flying solo. It turns out that he used to go to Colgate University a lot and used to fly a Cessna 150 in and out of Hamilton Airport. My Dad and I flew in an out of Hamilton Airport in that aforementioned 1940 Piper J-5A. Maybe we crossed paths with Stuart sometime before. My grandfather would have described him as a friendly sort. He asked if I had my private pilots’ license like my dad had. I told him, “not yet”, but that I wanted to. When he asked how old I was and I told him that I was 45, he told me that I had plenty of time, but not to wait too long.

These are the kind of things that excite me about travel. I feel bad for folks that don’t venture out of their comfort zone. Life is so interesting outside of the comfort zone and in the right circumstances, it’s not all that uncomfortable.

A woman just commented to me that I am an incredibly talented typist. I guess I am.

The MD-80 headed for home is awaiting a pilot. We should be leaving on time, provided that the pilot arrives from his current route from Gulfport on time. He just has to do a safety check. Piece of cake.

I am finding non-home-cooked food to be quite salty lately. Usually I enjoy a salty flair to food, but the food I’ve had whilst eating out the last couple of experiences have tasted very salty to me. Maybe at age 45 I’ve reached my salt quota early. Perhaps I should look into other seasoning options.Â

I’m watching planes take off from my vantage point, and they quickly disappear into the clouds after take-off. I think we might have a bumpy spell after take-off, but I know that all involved will strive to find an altitude that gives a comfortable ride. That’s what the airlines do these days. That’s why it’s a breeze to fly.

And quite frankly, I’d rather live my life instead of just enduring it. 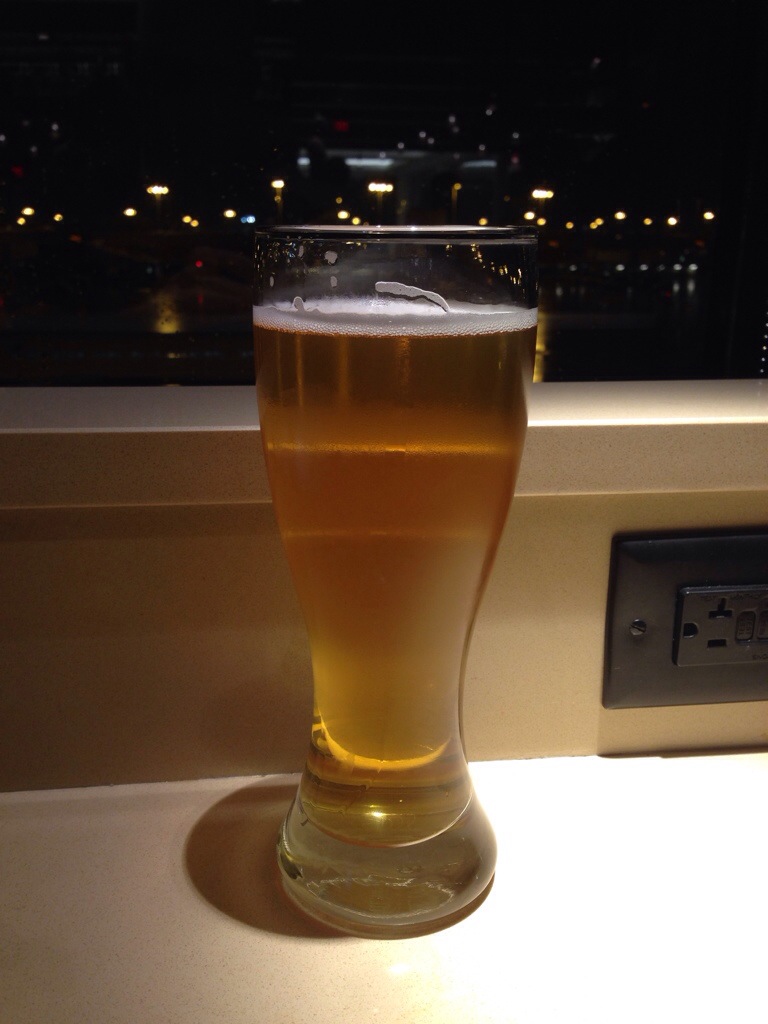 Though I miss my husband, I freakin’ love traveling. I’m currently in Atlanta waiting for my delayed flight. The weather here is windy and rainy. They turned the airport when we were landing and we almost had to go to Augusta, but we finally landed.

I’m watching planes take off from my vantage point at PF Chang’s in terminal A. I’m content and enjoying myself.

My life is awesome. 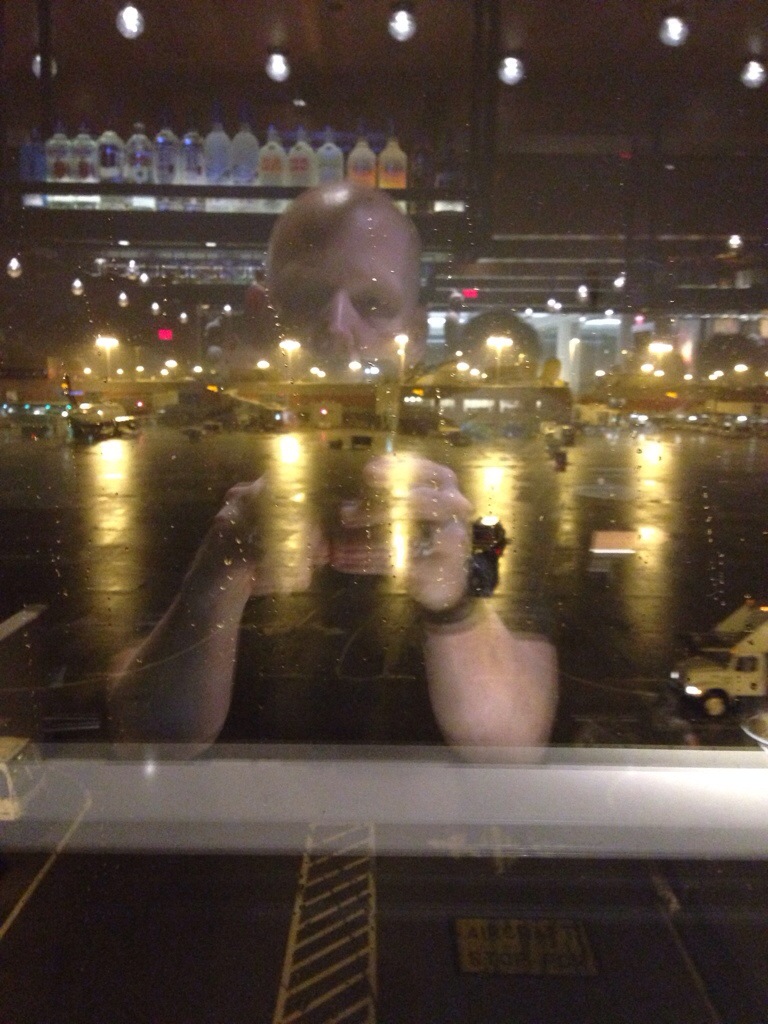 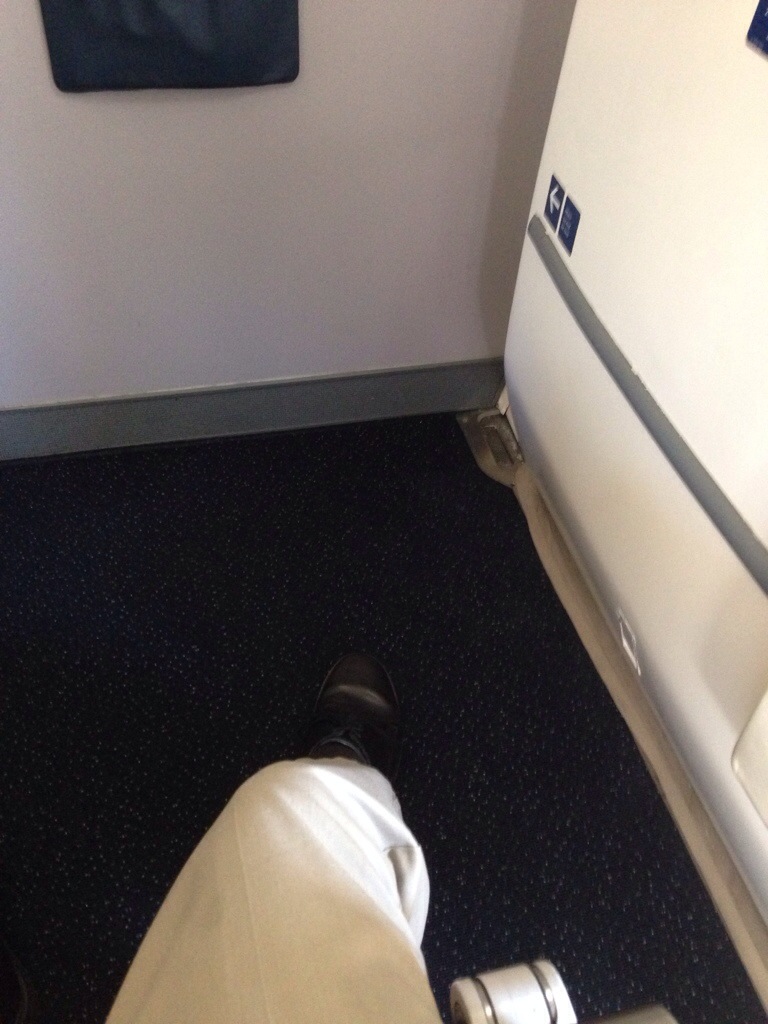