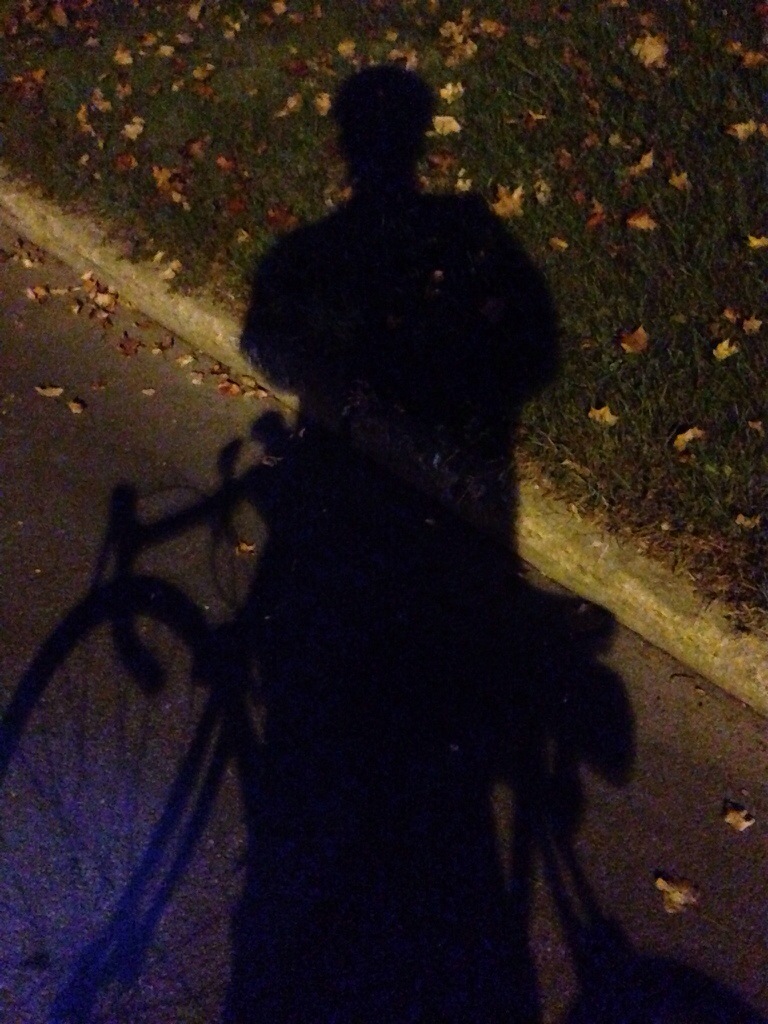 So I’ve been trying to workout in the morning again. Last week I worked out after supper and it didn’t, well, work out well for me (god that’s awful syntax) because I ended up feeling all hyped up and therefore I didn’t sleep very well. Plus, my scale couldn’t care less that I had done any sort of exercise.

On Monday morning I awoke and headed to the gym at oh-dark-early, where a bunch of chipper elders did their thing on the various machines as I did the same. Did I mention that I’m not really a fan of the gym? I think I would be much more content if I could just work out in the basement and do things on our own equipment, but it’s not in the budget, so we haul off to the gym across town. At oh-dark-early.

Yesterday morning I was up before the sun again but I made the determination that I wasn’t going to go to the gym, after all, the weather is still enjoyable and even though it was dark, it was plenty warm enough to go for a bike ride.

When I’m out for a relatively short ride I usually enjoy riding along the nearby paved Canal Trail, but when it’s dark I fear the presence of skunks. I’m not really afraid of the skunk as much as I’m afraid that I’ll make them afraid and then there’ll be an unfortunate Skunk Incident and I’ll end up spending the next three weeks in the garage as I air out. So I avoided the Canal Trail and any suggestion of skunks and rode around town a bit before heading out towards the open country, doing a lovely loop (horizontal, not vertical), and heading back home. Once I was away from the street lights I was able to see a beautifully clear, starlit sky that was accented by just a hint of moon.

It was exercise perfection. I’m hoping I can do it again before the end of the week.