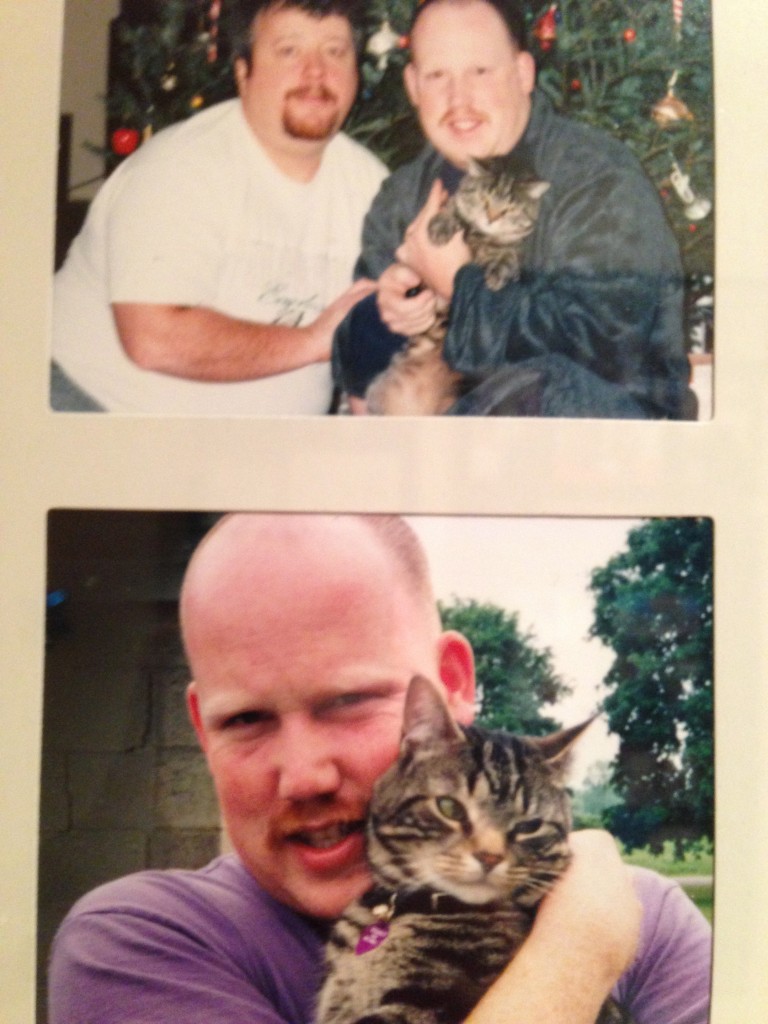 When we first met you were just a little over two years old. You had already lived with two other families. The guy you lived with before had you in a little trailer and was going to sentence you to a short life because he didn’t have room for you anymore. That’s where Big Daddy stepped in and said, “nope, he’s coming home to us.”

You looked at me from under the dining room table. You were pissed because you hated car rides and you had just ridden in a car and was brought into a strange house. You had been through this routine before. You’d have to train a new family from scratch.

Little Daddy got on his hands and knees and looked at you and started talking in this ridiculous cat voice at you. A 29 year old man should not be using his falsetto in that way, but that’s what Little Daddy did. You had been called Kojak up until now, but you didn’t respond to that name. Your air of disinterest was apparent. It was then that you became Tommy, or Tom for short. The Kojak would stick around in the middle name, just as a reminder of your journey thus far, but for the next 16 years would you be Tom. You’d live in two different houses with a couple of guys that loved you like their son. You were family. Little Daddy would race you around the house, run up and down the stairs with you and snuggle under the blankets with you. The ridiculous high pitched voice Little Daddy used became a less frequent thing. For 16 years you were the prince of the family. What you wanted you got, you had Big Daddy and Little Daddy trained to be good humans and you even had the Cub under control by staring him down at supper time. You heard all the stories, knew all the secrets and you even played by the rules right up to the end.

Big Daddy, Little Daddy and Cub, and all the others that you have met over the years, will miss you very much, Our Sweet Prince, and we all say Thank You for being a shining light in our lives. Have fun with your older brother, say hi to those that are waiting for you on the other side and we’ll see you when we meet again.