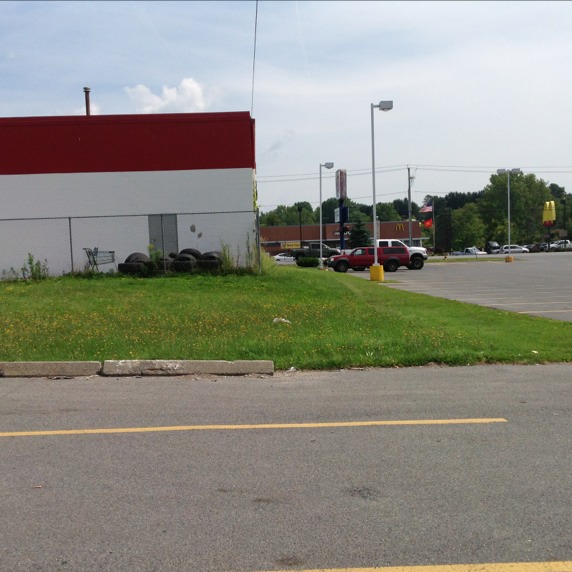 So I’m at the office for the first time in three weeks. This is not entirely a bad thing but I feel a little bit like I’m in the twilight zone. Things are changing so much at work that I feel like I skipped a chapter in a novel we were required to read. Still, I am being productive and getting things done so all is not lost. I just hope I’m doing the right things.

It appears that I have permanently lost my favorite lunch time parking place because there is now a building standing where I used to park the Jeep. Actually, it’s just the shell of a building but they’re feverishly working on building something there. There are rumors that it’s a Gap, but I didn’t know they were still around. I was never the overly fashionable type.

The seagulls were here when I parked the Jeep at the beginning of the lunch hour, but someone dumped a BK large fries on the parking lot on their way out of the restaurant and there was crazy mayhem. Now all of the seagulls have left, off somewhere to digest trans fat. The all white seagull was still around and he (or she) still looks prissy. But don’t be fooled, that seagull had some fries as well.

I’ve invited Earl out for dinner this evening. He arrived from Chicago late last night and we hadn’t seen each other in nearly a week so we’re going to go out and have dinner and have some couple-like conversation. We have big plans and ideas and we want to make sure we’re on the exact same page. There’s no reason to think we’re not, but we’ve always been good on communication. I think that’s why we’ve been together for so long.

It’s always good to be reading the same chapter in the same novel.