As a productive employee of a large telecommunications company, I feel it is my duty to have a landline at the house. While we don’t live in the footprint of the company I work for, there are some old habits that just don’t go away, so we have a wall phone in our kitchen with an extra long cord. Don’t tell anyone that it actually uses the Internet to communicate with others whilst our fingers do the walking.

The phone in the kitchen rarely rings. On the occasion that someone calls the house phone, we generally never know who they are. A random series of digits come up on the caller ID. 99% of the time the caller is a telemarketer.

During our lunch just moments ago, the house phone rang. Earl answered it. Apparently he hasn’t watched the same 1940s and 50s films that I have watched recently, the ones instructing the public on how to work the phone in a polite manner, because he didn’t answer, “Hello, this is Earl.” He said, and I quote, “What”. His manner was not overly jovial but it wasn’t offensive.

The caller was apparently taken aback by his curt greeting and stammered his way through part of a script when Earl said, “Who is this?”. Again, he wasn’t overly jovial but he wasn’t rude.

He then hung up the phone.

Apparently the caller said the wrong thing at the wrong time. I have to giggle because when Earl hung up the phone he did it exactly the same way as Grandpa Country used to hang up the phone: he just hung it up. No formalities, no farewell, no words at all, just ‘click’.

This prompted a very short discussion over lunch as to why we have a house phone. People that want to reach us do so via text message or email. If there is an emergency in the house, we’d reach for our iPhone. As mentioned earlier, the house phone is using VoIP (over the internet) so the whole “911 is going to pinpoint your location” thing might not hold water. And, to the apparent horror of many folks, we have to dial all 10 digits to call anywhere, local, long-distance, all of it. I mention this little horror bit because they’re looking to add another area code to our region and people are horrified by the idea of having to dial all 10-digits all the time. We’ve been doing it for years. I even do it on my iPhone. People need to keep up with the times.

Maybe we should get rid of the phone and save a few bucks. 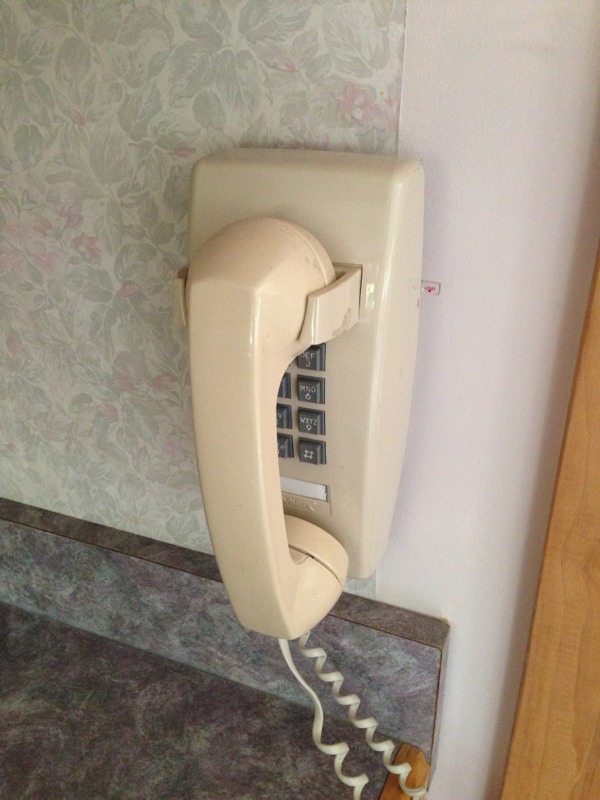