I was looking at an old photo album yesterday (it’s a book with pictures) from “J.P. and Earl, The Early Years” and was delighted to see some photos of our former homestead. Amongst the happy memories were photos of our dear son Tom. He’s a cat but we don’t quibble on details.

It’s kind of neat to remember that Tom has been a part of the family for almost as long as Earl and I have been together. He was around 2 years old when he joined our home in 1997 and he’s still around, holding his own, albeit a little slower than he used to be.

He still enjoys flinging his food around. He doesn’t race around the house with me anymore but he’ll trot in my direction. I’m a patient man so I wait for him and then he’ll throw one obligatory “bat” at a catnip mouse or something before giving me a look of disinterest.

Since he is in his senior years, he pretty much gets what he wants when he wants it. He’s about 1/2 the weight he carried a couple of years ago. All of his functions are still functioning aside from either a marked increase in disinterest or a complete lack of hearing.

Tom’s new habit is now to eat three square meals a day. At first I thought he was just begging for food just to relieve boredom (face it, we all do this), but the fact of the matter is, he wants three cans of food a day and he finishes three cans of food a day. There’s nothing wrong with that as far as I’m concerned, but as you can see, he still likes to make a mess of the situation. 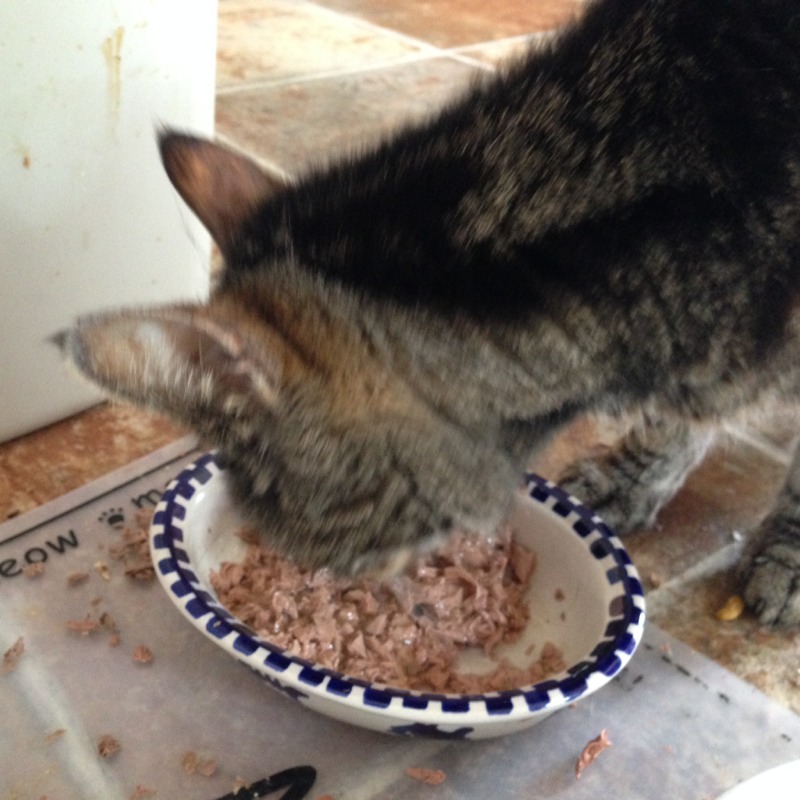 Nevertheless, we wouldn’t change him for the world.
Share
9 July 2013 by J.P. Ponderings and Musings 1