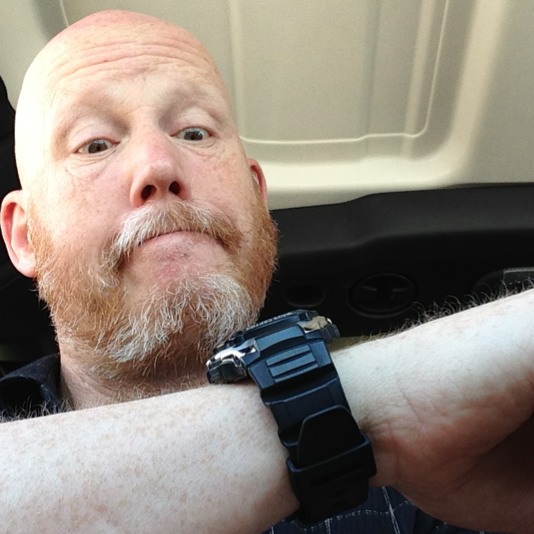 A few weeks ago during a one-on-one meeting with my supervisor I made the off-handed comment that I’m not really a morning person. I’m not at my most productive in the morning. Sometimes I struggle more than normal in forming a coherent sentence that uses words in a known language.

I’m just not wired to be chipper at sunrise.

After making this comment, my supervisor gave me the OK to go ahead and try mixing up the schedule a bit, perhaps starting at 10 a.m. or something like that.

Quick aside, I realise how fortunate I am to have that sort of flexibility with my career. It’s one of the reasons that overall I like my job.

I decided to mix up the schedule this week and compromise from my usual 8 to 5 and work 9 to 6. For the most part it worked out fine when working from home yesterday; I hadn’t gotten a lot of sleep the night before so I could sleep in later than usual. The only time that it got a little off-center when was Earl was ready for supper to commence and I was still working. But for the most part it was so far, so good.

Today I am working from the office and I continued the 9 to 6 trend. As I made my way along my commute through the back roads of Central New York, I came to the quick realisation that this just wasn’t going to work for me. My morning had started with an air of uncertainty. I felt like I was wasting time. Something just felt off and it felt like I had just put myself through another round of Daylight Saving Time.

When I got to work I sent Earl a message letting him know that I would be back on 8 to 5 tomorrow. Yep, I’m like that, sometimes my decisions are like flipping a switch.

The truth of the matter is, when I’m in the mood to work on a work project I’ll work on it, even if it’s the middle of the night and I’m theoretically off the clock. I like writing code and figuring out the problems associated with writing and maintaining applications. If I have a brainstorm, I’ll work it out whilst watching “Big Bang Theory” or something like that with Earl whilst sitting on the couch. If I can’t get to a computer, I’ll jot the brainstorm down and work it out when I can get to a computer. I’m now one of those guys that I used to see at bigger tech firms who would just spontaneously start writing on a whiteboard in a hallway (which had been installed for that very purpose). I’m one of the “white cocktail napkins” notes guys.

I don’t think this is a bad thing.

It’s a small wonder that Earl hasn’t just resorted to calling me Sybil, because I’m the type of guy that needs structure who thinks in a very unstructured manner. I want to be spontaneous as long as the plans are all in place. I want to work on my own and autonomously as long as you tell me what to do. Give me a goal and I’ll produce results, but there will probably be many twists and turns between point A and point B.

It works, I guess.

The one nice thing about this temporary variation in my schedule today is that I have no need to take a nap during this lunch hour. Maybe I’ll catch up on email or something.