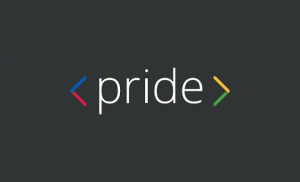 I stumbled upon an article on Google+ about Google Pride, the initiatives being taken by Google for Pride Month, in recognition of it’s LGBTQ employees. It’s always good to see companies recognize and celebrate the diversity of their employees. I always consider this sort of thing when out looking for the next chapter in my career.

I started my tech career working for DEC, or the Digital Equipment Corporation, which at the time was based in Maynard, Mass. (DEC is now part of Hewlett-Packard). My first gay pride parade was in Boston in 1989, when I joined many colleagues in the group BGLAD, Being Gay or Lesbian at Digital. Like the efforts described by Google, Digital was supportive of BGLAD and another group within the company, DECPLUS (DEC People Like US), and provided resources so that we could show our pride in the parade with banners and everything. It felt good to work for a supportive company and I have been fortunate enough to work for other companies that are supportive (to varying degrees) as well. I’ve been out in my career for a long time and that’s something that I’m very proud of, if one can be proud of just being themselves. A fellow Google-Plusser mentioned it best, it’s not so much that I’m proud of being gay but rather that I just lack shame for being gay.

I wish we lived in a time and place where we didn’t need Pride festivals and parades, where LGBTQ folks were considered to be completely part of the norm. I don’t need a day to be gay at Disney because I’m always gay at Disney. But until we come to the realization of that time and place that I dream of, there will be the need for Pride Month with the parades and the festivals and the drag queens and the dykes on bikes and the leathermen and all the millions of other folks that are just being themselves.

I think our family needs to go to the Boston Pride parade this weekend.