When I woke up this morning I knew that we had snow on the ground before I had gotten out of bed and looked out the window. Armed with the dubious habit of checking my phone the moment I’m awake, I had scanned Twitter and Facebook and had already seen the photos.

There were many comments: “April Fools’ was yesterday!”, “C’mon, Mother Nature, enough already!”. People were clearly upset to see snow on the ground in Upstate New York.

Snow in April in Upstate New York is quite common, folks.

People tend to forget that we get snow in April. Moving the clocks ahead earlier than usual since 2007 and chants of spring from the journalists all distract us. Photos of our Facebook friends in the south enjoying their spring flowers and the like make us feel a closer connection to the rest of the world, but we’re nowhere close. Prideful comments such as “It’s 52º in New York!” may make us feel like we are in the Big Apple but in reality, we’re nowhere close.

There’s around an inch of snow on the ground this morning. No sense in complaining about it, it’s what we do. It’s why we’re here. So sit back and enjoy the moment that Mother Nature has given us.

Keep Calm and Carry On. 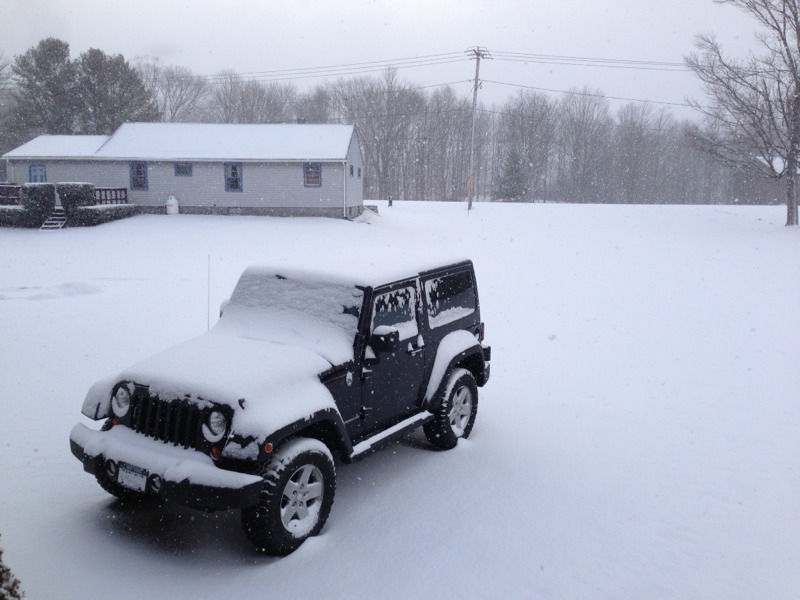