So last night while we were at Destiny USA we stopped at the Apple store. I spent a few moments lusting over my next computer, which is a 13-inch MacBook Pro with Retina display. Earl outlined the budgetary concerns with such a purchase and told me when I will be able to buy it. I can at least say, “at least there’s hope.”

But I digress from my original intent of this post.

During our last couple of visits to the Apple store we have looked at the Philips Hue Lighting “system” (for lack of a better word). 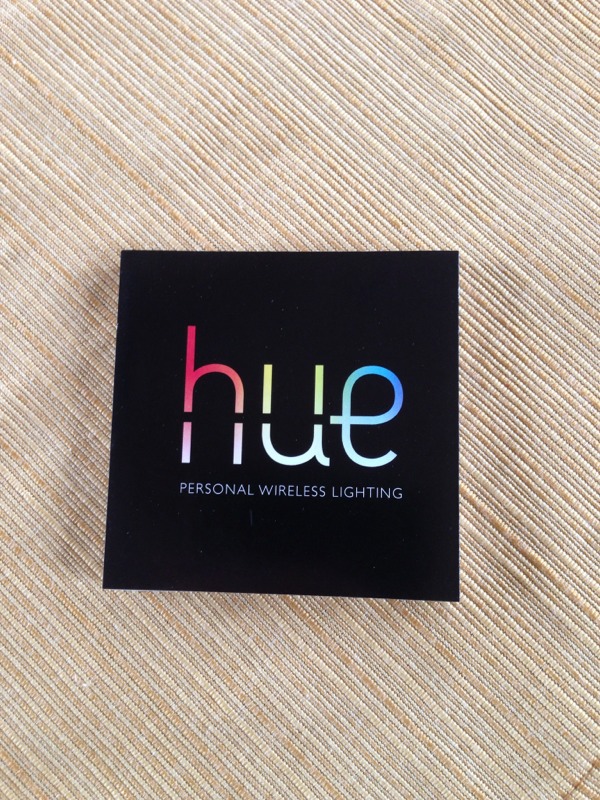 So what’s the deal? Well, these LED bulbs can be programmed to throw off any color you can imagine. The apps let you program “scenes”; press a button and it looks like sunset in your room. Press another button and it looks like you’re sitting in the beach. There’s millions of combinations and some that are suppose to give you a “therapeutic” light, such as lighting to urge better concentration or destress you before hitting the hay for the night. You can set an alarm and wake up to a simulated sunrise. It’s all quite nifty.

The starter kit comes with the aforementioned puck and three light bulbs. And it costs $200. Additional lightbulbs are $59.99.

However, remember that these are LED lightbulbs and they’re allegedly going to last a very, very long time. Regular LED lightbulbs at Lowe’s or Home Depot are in the $35-$45 range, so this isn’t completely out of whack but it’s definitely an expensive toy.

The system took less than three minutes to install. I have installed apps on my iPhone and iPad and on Earl’s iPhone. You don’t have to use your smartphone or whatnot to control the lights, turning the lights off and on with the switch make them behavior as expected, however, they “dim up” and “dim down” instead of just snapping on and off, which I think is wicked cool. If we want to use the simulated sunrise approach in the morning we have to leave the light switch on and turn them off via the app. I can handle that since I sleep with my phone anyway.

All in all it’s a nifty gadget albeit and expensive one. But I like it a lot and it was actually Earl’s suggestion that we get the lights.

If you’re in the neighborhood you’ll have to see our simulated disco in the bedroom. It’s a hoot!