I have been struggling with getting to the gym the last couple of days. As I write that sentence, I’m not sure that “struggling” is the right word to use but it’s the first word that comes to mind, so that’s what I’ll go with.

I think going to the gym and doing my thing on the elliptical machine alongside two dozen or so other people is running against my somewhat loner/introverted nature. On one hand, I like going to the gym because there is something to look at; there’s plenty of televisions thrust all over the place, there are people of all shapes and sizes and types milling about doing they’re thing. It surely beats working out in the basement and looking at nothing but cinder block walls, but there’s still something about going to the gym that feels invasive to me.

Perhaps I need a little bit of alone time one night this week.

One of the beautiful things about being a cyclist is that I get to see the world at a slower pace, under my own power, and under my own terms and from my own space. The last time I rode bike with another person was when I rode with our friend Thom in Virginia back in 2009. I liked riding with Thom, he’s a good guy, but for the most part there’s not a lot of people that I would want to ride with. My whole “space” kind of works that way. I like being alone and there’s very few people that I can feel comfortable being alone with. I know that doesn’t make sense if you think about it broadly, but that’s just the way my mind works.

Another one of the issues I have with working out at the gym is that there are reminders all over the place as to how much time has passed. There’s a clock hanging on every wall (which aren’t in sync and kind of makes me a little crazy) and the elliptical machines have a display showing how much time you’ve been doing your thing. The timer is in a location whereas it can’t be easily covered with a book or something. The other night I tried working out with my eyes closed but then I got into a song I was listening to and I was worried that I was swaying around like Stevie Wonder. I’m odd, but I don’t want to be perceived as strange.

It’s the first 10 minutes of working out at the gym that I dread. Once that timer that refuses to be obscured is in the double digits I start to feel a little better. Once I’m beyond the 30 minute mark I feel like I might be onto something. It’s not until the last three minutes of working out that I am actually enjoying myself. But the truth of the whole thing is, I really like how I feel after I work out. And that’s what keeps me motivated. It’s how I feel after 60 minutes of feeling overwhelmed, bored and frustrated all at once and I don’t think the elated feelings come from finishing the workout, I think it’s a boost in self-confidence fueled by the fact that I just got something done when I could have easily said no.

So I’ll keep doing this 60 minute workout routine thing until cycling season returns to The Empire State. I need skis for my bike.

There is a fear running rampant through our merry little household. It is a fear that has gripped this tiny bit of existence for the past several years and quite frankly, something has to be done about it.

People are afraid to open the dishwasher.

Now, opening the dishwasher involves a little bit of a commitment. Not only does one have to put dishes into the dishwasher (that’s what they usually do when they open the dishwasher), but one also runs the very insane risk of finding out that the dishes that are currently in the dishwasher are clean.

Since that “clean” indicator on the front of the dishwasher strikes terror in some occupants of this house, it has been decided (most likely through a secret vote) that it’s easier just to pile the dishes in the sink, on the television, under the couch, in the back bedroom or over the litter box. At no time will a dirty dish approach a dishwasher with the “clean” indicator illuminated, for the aforementioned time obligation involved with opening the dishwasher after it has been rebooted and done it’s thing.

Random thought of the day: Never do anything that is going to scare the neighbors. 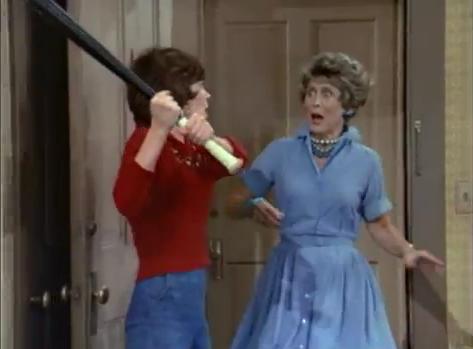