So I’m driving home from work this evening and I decided to tune into “Stand Up With Pete Dominick” on Sirius/XM’s POTUS 124. I don’t always agree with host Pete Dominick’s views but there are times when we think alike and he has interesting guests so I listen to him when I’m in the mood for a little political discussion. Today’s topic for the last half hour of his show was about the government’s mandated use of CFLs, or Compact Fluorescent Lightbulbs. Because I was in the midst of my commute, I briefly pulled over to the side of the road and sent this tweet to Pete:

As Pete was fielding calls, mostly from callers that did not believe the government should be mandating the use of CFLs, he mentioned the aforementioned tweet. And then he blew up, focusing on my points of “they’re junk” and “they slowly light up.” Apparently I’m selfish.

Okay, here’s the thing. First of all, it’s nearly impossible to get a full point across in 140 characters, and hence the reason for this blog entry. First of all, I don’t believe that the government should be mandating the use of technology that isn’t all the way there yet. That was my point with “they slowly light up.” A couple of years ago I replaced the majority of lightbulbs in the house with CFLs. It was an expensive venture but I thought it would be best for the government so I went ahead and did it. The damn things are awful. We have replaced more CFLs than regular light bulbs since making the switch (initially we replaced about 75% of the lights in the house). They don’t work with dimmers, so when we use them on the home automation system (which turns on lights only when we need them), they blink erratically when the home automation system turns them off (which I think is actually achieved by dimming them down all the way). When you turn the lights on in the morning, you can’t see anything for the first five minutes of use because they’re warming up and you’re left in this weird, seemingly drug induced haze. Because of this, you end up turning the light on EARLIER than you intended to so you can see what the heck you’re doing when the light finally ramps up to full brightness, resulting in the light being on longer and using MORE electricity. Pete suggested that folks put in more lights during his rant in which he mentioned my Twitter handle on several occasions. Putting in more lights defeats the purpose of using CFLs in the first place.

I fully believe that we should be doing everything we can to live as green as possible by conserving energy, not using fossil resources whenever possible and consciously making an effort to reduce are carbon footprint. I believe that it is the responsibility of every individual to do their part. But like so many other well-intended laws, regulations and the like, the government is going to go at it half-baked at best and ultimately make the situation worse. CFL technology is not at 100%. To compensate, when forced to use this technology, people are going to end up using more of what we are trying to save. That’s not the right approach. It’s like emission standards that reduce gas mileage. Yes, we are putting less crap from our exhaust pipe in the atmosphere, but we are burning more oil to achieve less emissions.

I don’t have an answer to this growing problem. I think lifestyle changes, such as the voluntary disuse of air conditioning when it’s only 55F outside, will make a greater impact on trying to get us on a greener path. Education, not edicts, is what the government should be doing until the technology is where we need it to be and people have a TRUE incentive to use greener technologies instead of just demanding it be so.

One of my relatives has a computer running Windows Vista that is spamming my email with random factoids and address book information. Windows Vista was touted as Microsoft’s “most secure version of Windows ever!” I’m so glad that it’s doing its job so well and I’m happy that the person that owns the computer is attentive to the required upkeep and maintenance of a Windows-based operating system. Despite claims to the contrary, owning a computer is a responsibility that entails a fair amount of hard work. I still believe that users should be required to own a license to operate a computer.

But then again, licenses don’t seem to mean much these days. I just watched an elderly couple barely miss being flattened by a Wal*mart truck that was well within the speed limit and right of way because they apparently didn’t see the monstrosity coming through the light. Truth of the matter is, they didn’t even look. The light was green so they went. They probably got their license to drive 60 years ago. I’m sure at age 77 or whatever that they still have the stamina, reflexes and intact thought processes to navigate a 2000 pound hunk of metal down a roadway. Silly licenses.

I recently saw an online letter to the editor where a man was upset that the Department of Transportation had installed “Deer Crossing” warning signs on a busy roadway. The writer thought that this was foolish and that the signs should be installed on a roadway with lower traffic so the deer would cross where there weren’t as many cars.

I bet you think I’m nuts. Here ya go. 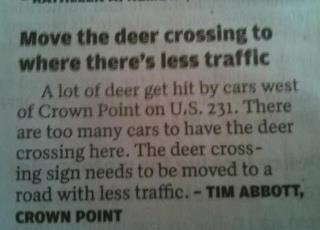 I can spin a tall tale like the best of them, when suitable motivated, but lately I haven’t felt the need to make any of this shit up. We are in Rome, the bricks are falling but the general public keeps fiddling. 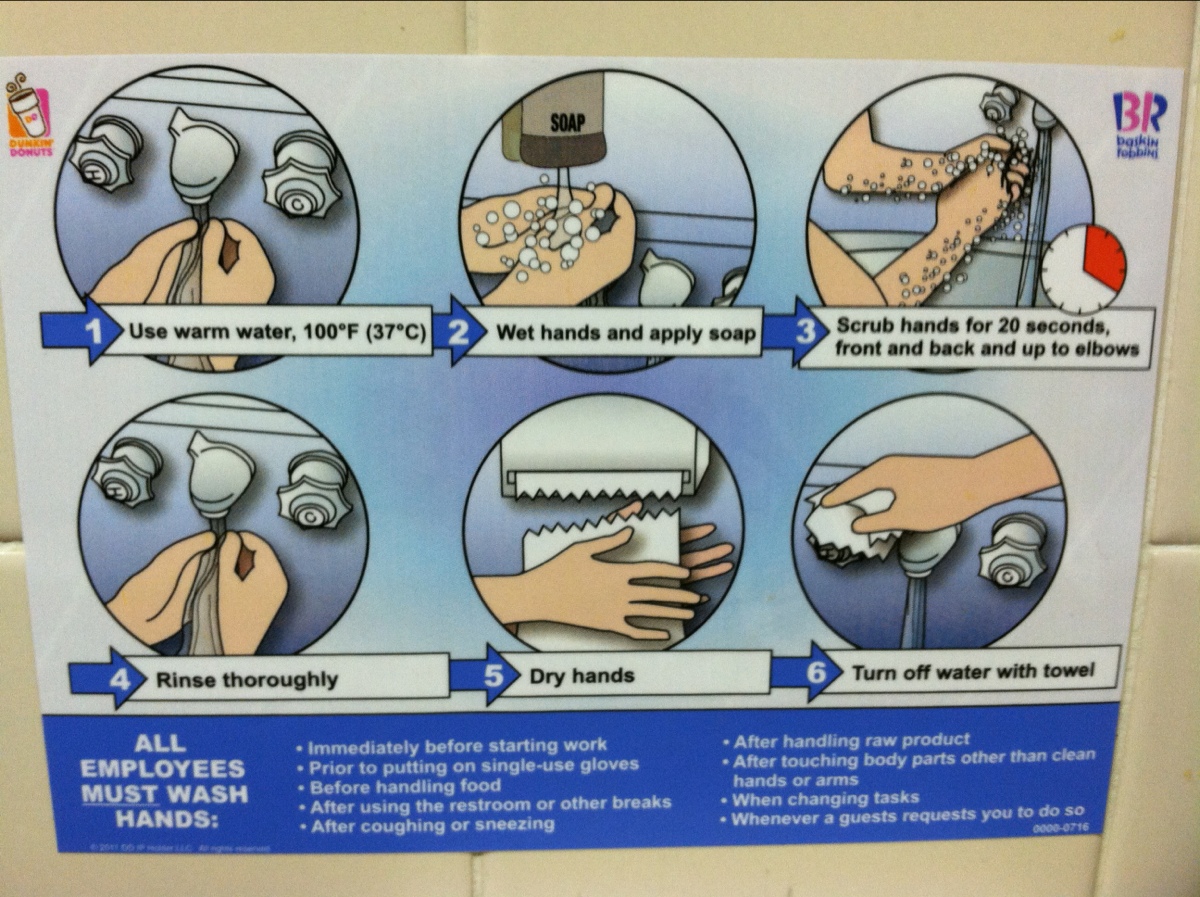 The need for this graphic makes me wonder if our society is even going to be around for another 100 years.