So yesterday we went to DisneyQuest, Disney’s mega arcade type place at Downtown Disney. DisneyQuest has five floors of all types of games, including elaborate virtual reality challenges, tabletop games such as air hockey, games you dance to the beat with and more importantly, there are classic arcade games scattered throughout the facility. I wandered about looking for a particular logo to catch my eye. As I reached the fourth floor, what I was looking for was finally found… 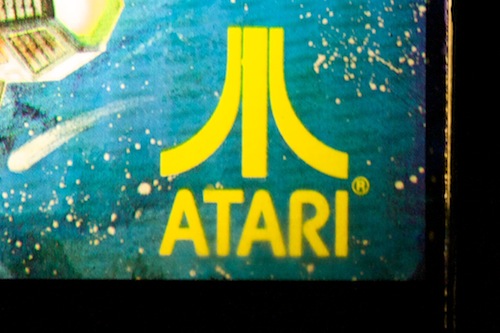 … my heart leapt with excitement as I stumbled across a bank of classic Atari games, including one of my favorites, CENTIPEDE!

It’s been a really long time since I played Centipede and I needed a few warm-up games to get my game on, but after a few run throughs I was back on my game as if it was 1982. 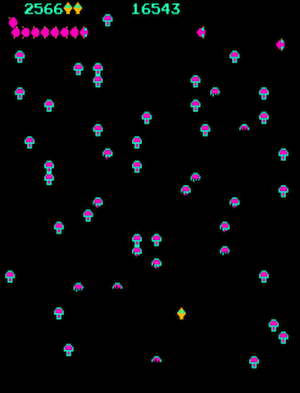 As I was spinning the trackball like the Atari Ace that I used to be, a few youngsters gathered ’round to see what the middle aged guy was doing to this arcade machine. I believe I was cheering out loud and probably a little more demonstrative than I realized. One kid remarked, “you’re really good at this game!” That made me feel good.

So I spent a good hour or so playing Centipede. I would glance around from time to time and noticed that the classic arcade games were being played by folks around my age.

I guess that’s what Disney had in mind the whole time.

DisneyQuest is pretty cool. We also became somewhat addicted to a game called “Flamin’ Finger”, which involved tracing a maze on a touchscreen with your finger before the timer ran out. It wasn’t as easy as it looked but a lot of fun.

By the way, I just installed the Atari 2600 version of Centipede on my computer. When we get home I might have to go hunting for an old Atari 2600 for the house.

I’ll be the coolest kid on the block once again.

Look who we got to see today!