So today Earl and I spent the day driving to the destination that we had planned on going to all along. We faked it a little bit by saying that we had to make a choice here … 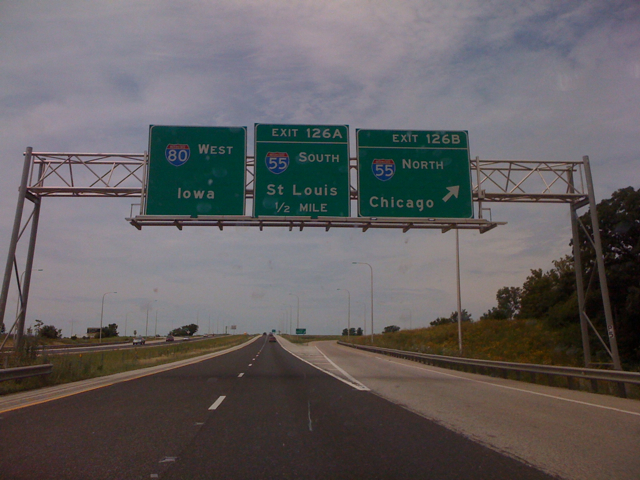 … but in reality I knew to take I-55 South toward St. Louis. We are at the new Homewood Suites for the next six nights. Earl got us a good deal.

We left Grand Rapids, Mich. around 9:30 Eastern and quickly found ourselves down at the Indiana border at lunch time. However, I had forgotten about the whole time change thing so it was more like brunch time since we lost an hour (however, my body is curiously VERY happy to be in the Central Time Zone) but nevertheless we had an early lunch at a chain place called Culver’s. Judging by the amount of cheese available on the food I’m guessing that Culver’s is based in Wisconsin, but that’s just an educated guess.

After Culver’s we trekked through the underside of greater Chicago along Interstate 80 and made our way to Interstate 55 where we headed south. This was the first time that either of us had been through Central Illinois; we both enjoyed the scenery and the drive. Illinois DOT has some nice rest areas; we posed in the picnic area at the Funk’s Grove Rest Area. 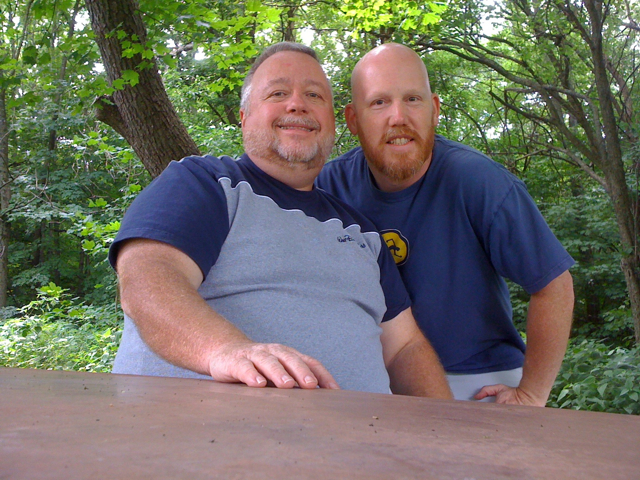 Bears In The Woods at Funk’s Grove on Interstate 55.

We had beautiful weather until we got just north of East St. Louis, where the sky opened up with some pretty impressive rain. Nevertheless we made our way through St. Louis to a brand new Homewood Suites (I believe we are the first ones to ever stay in the room we are in) across from the St. Louis Galleria. There’s an impressive shopping area called The Boulevard; we are just back from dinner at the PF Chang’s there.

We have a rough idea of what we are doing this week but the most important thing we are doing is spending time together relaxing. Earl and I have a beautiful life together and it’s vacations like these, which are an amazing thing in their own right, that makes every other moment at home with all that we do just as special.

Tonight is my last night of officially being 40 years old. It is tonight that I can say that I am truly a very happy man.