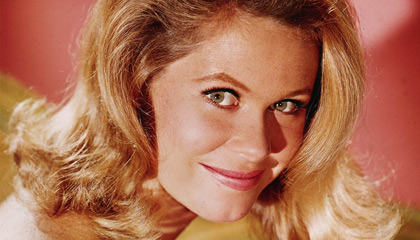 In 1992 I was a member of America Online. One of the earliest members, my screen name was simply DJJP. I participated in a couple of chat forums offered by the service, one of them devoted to the television show Bewitched. A rabid fan of the show, I would often answer questions that others had about the program and occasionally give clarification to Samantha’s family tree or which Dick was which and such.

After doing this for a number of months, I received an e-mail from the screen name “Bewitched”. It said, “I’m impressed with your knowledge of the show. You remember things I don’t remember, and I was there!”

After chatting back and forth with this person a number of times, she claimed to be Elizabeth Montgomery. The cynic in me responded with a “Yeah, right!” She then told me that this guy had been bothering her about talking about the show, she finally agreed to an interview and had managed to get together with Dick Sargent (second Darrin) and David White (Larry Tate) and that there would be a book released soon. (Herbie J. Pilato’s “The Bewitched Book” came out later that year.) I set aside my cynicism and to this day I believe with all my soul I chatted with Elizabeth Montgomery over e-mail for the next year or so. Her messages were infrequent and she giggled like a school girl when she posted her first message on the board correcting someone on an errant fact about the show. The messages stopped when she passed on.

Happy Birthday Lizzy. I know you’re enjoying life in the sparkle of a star.