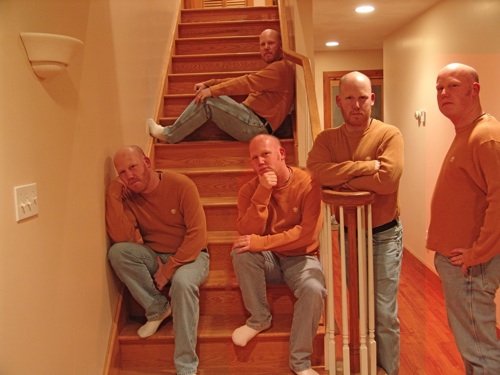 I’ve been keeping relatively quiet about the primary elections, caucuses and other activities that strain one’s high school lessons in social studies. Earl and I have had several discussions here at home, but for the most part I haven’t been doing much yapping on the blog.

If the truth were to be known, I already sick of the presidential election and it’s still 10.9 months away. However, I will say this: Over the past eight years I have equated “baby Bush” with the entire governmental process of the United States. As part of my extreme nature, “it’s all of them” that have been making life less than delightful for many Americans. I don’t believe that we are any safer today than we were on 9/12/01. I don’t even buy into that “be very afraid because they bad guys are going to get us” mentality. Hey, if it’s my time, it’s my time, whether it’s from a lightning strike, a bad piece of food, an anti-gay wing nut or at the hands of a terrorist. Quite frankly I think the country as a whole has it’s panties wound up entirely too tight and if people were to relax, think and ponder life a little bit instead of racing to hysterics at the smallest opportunity, the United States would be a much happier place.

I don’t feel that way anymore, and here’s why. Earlier this week Hillary Clinton’s now infamous “tearful speech” moved me.

But it was Clinton’s response to the last question from freelance photographer Marianne Pernold Young that provided the electric moment. How did Clinton keep going? “I couldn’t do it if I didn’t just passionately believe it was the right thing to do,” Clinton began telling Young, her voice cracking. “I have so many opportunities from this country and I just don’t want to see us fall backwards as a nation. This is very personal for me.”

When I heard Senator Clinton’s tearful response, it struck a chord in me. It wasn’t the tears that moved me, it was the message and the way that she conveyed her feelings on the subject. There *are* people in government that really do care about the United States. There are government officials that share my view that our great country is moving backwards on so many levels.

As children we are taught to respect the President. The President leads the entire country; it doesn’t matter if you’re rich, poor, black, white, straight, gay or whatever, the President is leading the whole crowd. Earl reminds me that we should always respect the office entitled President, but sometimes the person isn’t worthy of that respect. If I were to vote today, I would vote for Hillary Clinton. I believe that with her as our Commander In Chief, we would have a leader that I could respect once again.

So today is Saturday. Because my body likes to play tricks on my soul, I am wide awake at 6:46 on a Saturday morning. “Heh! He’s out of work and waiting for school to start in a week – let’s get him up bright and early.”

And so I lie here in bed with the PowerBook catching up on various blogs wondering if I will still be awake after lunch.

I have to give props to Earl for going to work this early on a Saturday morning. He went in to catch up on the stuff he was unable to get to all week. I guess that’s why he’s the big guy and all at work. There are an infinite number of things that I admire in that man and his dedication and determination are just one of them.

The DirecTV man is suppose to be here between 8 and 12 this morning so that he can repair our dish that was damaged in the wind storm the other day. Aside from this brief flit with frivolity we have no plans for the remainder of the weekend. We were going to drive to Buffalo tonight for their bear night but the post-holiday budget doesn’t include hotel rooms at this time.

Now I’m starting to yawn and feel like I need to take a nap. So much for that bright and early Saturday morning.