After a successful presentation at school tonight (I got an “A”), Earl and I decided we’d splurge on a snack. Ice cream? Candy bar? Cookies? No, I did the sensible thing.

I made a meatloaf.

I occasionally comment to Earl that I think when future generations look back at our time in the history books, it’ll be noted as the “Idiocy Age”.

Case in point: An anonymous television viewer wrote a complaint to the FCC about Prince’s performance at this year’s Super Bowl half-time show on February 5. It goes like this:

“It was obscene to show Prince, a homosexual person, through a sheet as to show his silhouette while his guitar showed a very phallic symbol coming from his below-midriff section. I am very offended, and I would prefer not to have showed it to my four children, who love football. One of them has hoped to be a quarterback, and now he will turn out gay. I am actually considering to check him for HIV. Thanks, CBS, for turning my son gay.” [Reference from The Advocate, April 10, 2007.]

Sweet Jesus I think we seriously need to do some thinning of the herd. While this person has the American right to think and say whatever they wish, it boggles my mind to read something as idiotic as that letter and it floors me even further to think that there are people that actually think like that living in the United States.

Tonight I have to give my first presentation at college. It’s for my computer applications class and is to show that we have a firm grasp on using PowerPoint. The presentation is to be on a subject within our field of study. I will be speaking about the technology used to make road signs more legible for the larger elderly population we have on our roadways today. 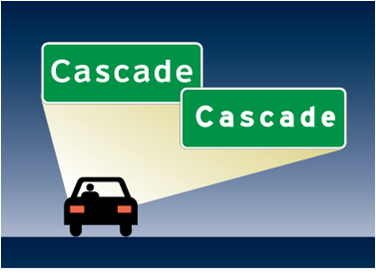 Many people think that because I was in radio for so many years that giving a presentation to a handful of people should be a piece of cake. The problem is that when I was on the radio I didn’t have dozens of sets of eyes staring at me. In the studio that task was usually limited to a surly boss and some adoring fans. Did I ever mention that I had a girl send me her underwear in the mail once? Once I was out on the radio, I had a guy send me a jock strap too.