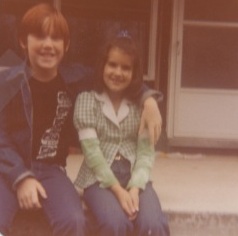 Earl is out of town in New England tonight on business. Suspiciously, when I called him to see how things were going, he informed me that he was currently winning at Foxwoods Casino in eastern Connecticut. “I thought your meetings were in Massachusetts and Vermont.” “They are.” I guess the casino was a stone’s throw away or something.

But that’s another blog entry.

Since Earl was out of town and my sister is back from Russia, I thought it would be the perfect opportunity to meet up with my mother and her for supper tonight. So I trekked off to Syracuse after work.

Mom had a hair appointment after work, so Jennifer and I met up and caught up over a couple of beers and some munchies. She told me about living in Russia for eight months and all that entailed, I shared with her stories about recently traveling to Virginia and what’s been going on while she was gone. Mom joined us a little later (with a spiffed up ‘do) and we enjoyed some good conversation over supper. I know Tully’s is a chain of restaurant, but they seem to have a stamp of “Syracuse” on them, and I’ve mentioned before that I’m very “Syracuse Proud”.

It may be the beer in me that’s getting me all sentimental but I guess I’m a lucky guy to have a sister that I can call one of my best friends. When we were growing up, she always joined me on my little schemes, whether it was rearranging trees in the woods behind the house, jumping over the electric fence to do our own version of running with the bulls in the pasture or setting up a play grocery store, complete with express checkouts, in the basement. Hell, she even sang Linda Mc Cartney’s part in “Silly Love Songs” when I decided I want to sing a number one track while using the wood pile as a soundstage. Now that we’re adults, we tell each other just about everything and still giggle and laugh at the same things. And my mom joins right in with the conversation; she’s always been her own person and still lives up to that – I mean how many 50+ year old women decide to dress up their Saturn sedan by having flames added to the door panels?

While I miss Earl tonight as he does his business trip, I’m glad that I was able to hang out with a couple of my friends, who just happen to be family.