I am convinced that whomever invented the microwave was into S&M. Yes, I know it’s suppose to be the height of kitchen convenience, but I suffer with a love/hate relationship with the Radarange.

And yes, I still call it a Radarange. As in Amana Radarange. For those that don’t remember the world before Britney Spears, the first popular brand of microwave was made by Amana. And it was called a Radarange. Hell, Amana might still make a Radarange for all I know. I think they were going for the Kleenex=Tissue concept much like Frigidaire did with the refrigerator. And while the name didn’t really carry over to today’s kitchen, it stuck with an old farm boy like me.

I remember the first Radarange I saw – my grandmother had one for as long as I can remember (maybe 1973 or 1974). You had to lock the door before it would turn on. There may have been lead gloves and lead over the private parts involved, but I could be mixing that memory up with a hospital visit or something. Anyway, It had two huge dials that lit up when they were activated – the top one measured the time in seconds (up to 3 minutes or so), the bottom measured time in minutes, up to 20 minutes or so. It was a beast of a thing, requiring two strong, strapping, handsome men to carry it on the rare occasions it had to be moved. Lights dimmed in several counties when it fired up. I’m convinced that the local nuclear power plants were installed to keep the thing running. But it lived for 20 years or so. It would heat up spaghetti lickity-split and even had a fan to send out pleasant smelling reminders of what was inside the “metal cavity”, as it was described in the manual.

My folks won one in a raffle several years later. It was a little more sophisticated, having three temperature settings — scald, melt and incinerate. But it did what it was suppose to do and that was to pop corn without having to use a popcorn popper.

Back in the early days of Microwave Cuisine, you could buy actual plastic popcorn poppers that you just dumped some corn in, put the whole thing in the Radarange and set it to do its thing. My mother misread the directions and put it on for 12 minutes or so. It ended up a big plastic blob, without the popcorn inside by the time the little mechanical bell dinged, but hey, she gets an E for effort.

Back to the S&M. I am eating supper as I write this blog entry. I have reheated some leftover chili that Earl had left explicit instructions to eat while he was away on business. At least he’s given up the color coding of my food (blue for breakfast, lavendar for lunch, strawberry for supper). Just kidding. Anyways, I put a bowl of chili in the Radarange, hit “reheat” and went to business online. I was prompted to stir, so I stirred. I was prompted to stand, so I stood. I was prompted to spin, so I spun.

I’m now eating my chili. It’s stone cold in the middle, and scalding hot in random locations on the outside.

I bet the old Amana Radarange wouldn’t have done that. 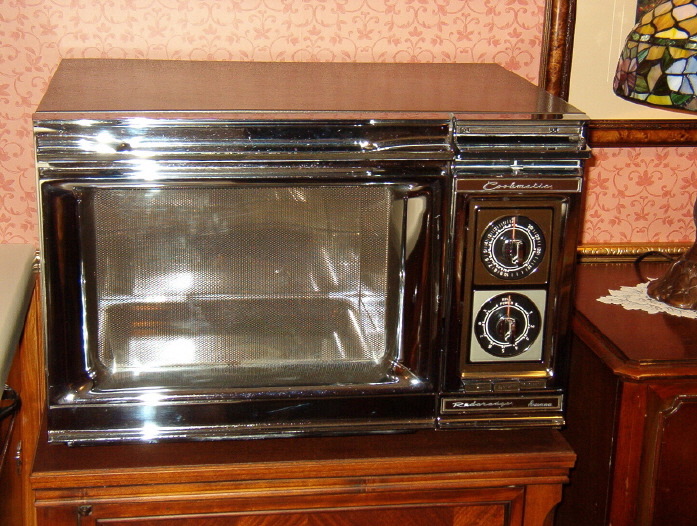 As I mentioned a couple of days ago, I’m working on growing my beard. I was originally going to participate in “Beards for a Cause”, but I decided that I couldn’t commit to a year of not trimming my beard and still keep peace in the family and workplace, so I decided not to go that route. So it looks like I’ll pass on the whole Grizzly Adams motif (as if I could actually grow something like that without looking like a derelict.) But I have made a commitment to myself and have decided to keep on growing until at least May 1.

There’s a couple of reasons I’m going on about this a little bit. For starters, I’m terribly vain and I enjoy talking about myself whenever the opportunity arises. I don’t think of myself as prissy, just pretty.

Secondly, people have begun noticing that I now have a beard. I don’t know if that’s a good thing or not, since I’ve been working on growing it since October 29 and it’s now December 6. I was asked today at work, not once but twice, if I’m growing my beard out. Of course I gave them the whole spiel about growing it out full but keeping it shaped. Bulky, not frizzy, and my other aspirations.

I sort of blame the whole beard experience (and my near obsession with it) on one of my fifth grade teachers. My elementary school had just started the “Enrichment Program” and I was one of the many guinea pig students. I guess we were the freaks that were absolutely bored with pedestrian elementary school tasks like multiplication and division, spelling and band, so they came up with this program for us artistic/creative types, where we could express our other wise hidden talents. Our Enrichment teacher’s name was Mr. Rayburn. He was in his mid 20s and to me, absolutely handsome. I was eleven years old at the time and I knew he was the most gorgeous creature to walk the face of the earth. He was about six foot tall, had red hair and the fullest, most beautiful auburn beard I had ever seen. He seemed like the cool type… the kind that related well with kids, knew how to be hip in 1979 and the sort of guy that you could call by his first name, even though he was a teacher. I was crushed because one day he came in clean shaven and he let a couple of girls in the class touch his bare face. I hated those girls, because not only did they get to touch Mr. Rayburn’s face, they also commented on how smooth and handsome it was. I wanted to slap them silly. He grew his mustache back but it wasn’t the same. He disappeared after that school year. I ran into him once when I was in seventh grade when he was visiting from another school, and there he was, bearded again. I haven’t seen him since.