Here it is Monday. Life seems to be returning to normal, but in a way, we all know it’s not with a war looming on the horizon. I was asked today at work if I would defend my country in the armed forces, as if they would need an overweight 33 year old man. I responded with a hearty “yes, of course”. Words can not accurately describe the atrocities that occurred on September 11, 2001. Action must be taken to assure that those events are not repeated.

On to the geeky side of things. The new server arrived at work today. I’m very excited, as this is going to be our new mail server running Microsoft Exchange 2000. I always try to be creative when naming new servers that I maintain, and I’ve decided that this one will be named “chatterbox”. After all, e-mail is chatter, right?

In the late 1980s, I worked for Digital Equipment Corporation (DEC) in suburban Boston. I maintained a cluster of computers for one of the Corporate Personnel groups. My VAXstation was named ENDORA, so my e-mail came from ENDORA::WINGJ (which would now translate to wingj@endora.digital.com). It was kind of cool. ENDORA was part of the BWTCHD cluster, which also included ARTHUR, SAMTHA, DARRIN, TABTHA, CLARA and SERENA. So I’ve always been quirky about computer names.

Beard progress is moving along nicely, as it is now day 23. 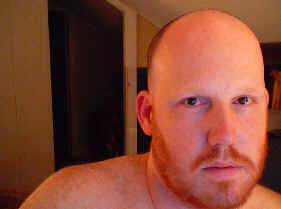 If you’ve been reading the journal regularly, then you know that because I still have a beard, I have not spent any money unnecessarily. I’ve added a short addendum to the deal I made with myself. After all, if I do get bored with the beard, I’ll shave it off. But as long as I keep my soul patch (that little bit of hair under my lower lip), then I still haven’t spent any money I shouldn’t have.